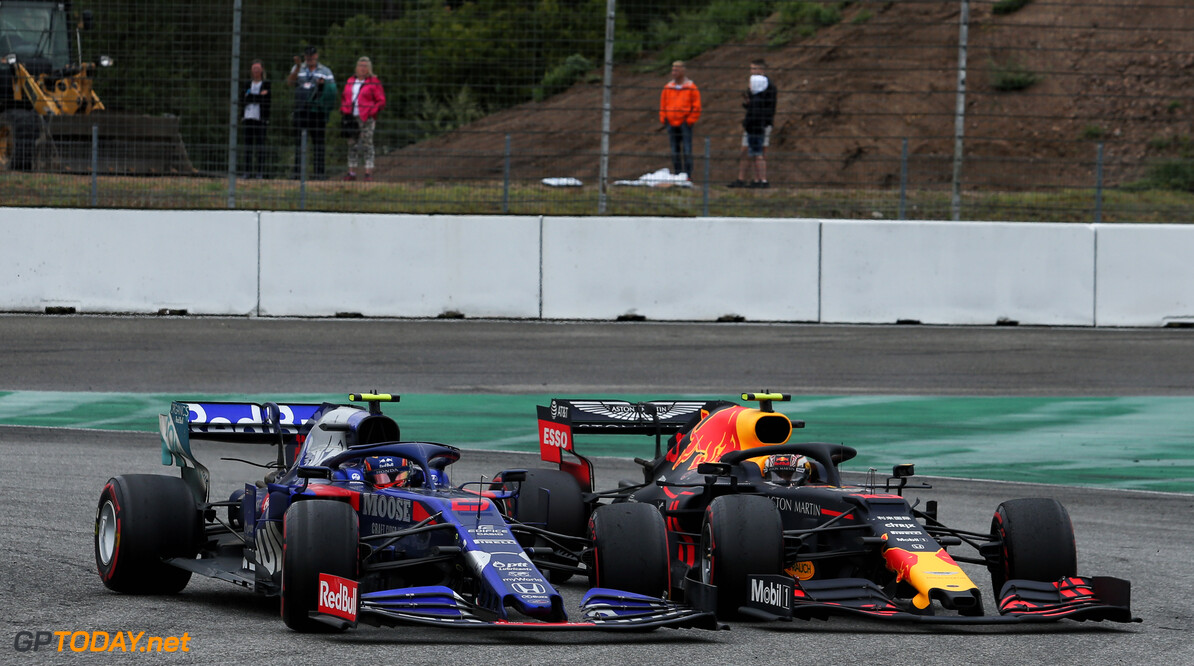 Albon: Gasly and I both to blame for Hockenheim crash

Alexander Albon believes that both he and Pierre Gasly share equal blame for their crash at the German Grand Prix.

Towards the end of the race, the two came together after Turn 6, as Gasly moved to the right to pull alongside the Toro Rosso driver.

However, contact was made between the duo and Gasly retired from the race with damage, while Albon went on to secure a sixth-place finish, his best of the season.

The stewards investigated the incident after the race and concluded that "Gasly made an error while attempting to pass Albon after Turn 6", but decided against taking action as Albon was not hampered.

However, the Thai-British driver does believe that he himself moved over to the right to cover too late, as did Gasly in his attempt to overtake him.

"Initially when I saw the video after the race, definitely from the external shot I come across quite hard," said Albon ahead of the Hungarian Grand Prix.

"And then I saw Gasly's onboard... my initial thought was I wanted to go right, but I didn't want to cut him off completely.

"I just wanted to cover him to go left. But I think the closing speeds for me and for Pierre, we both got caught out.

Albon added that fighting a Red Bull is like racing a teammate, as Albon races for Red Bull's junior team, Toro Rosso.

"Yeah, it's like a teammate. You take the risks but you don't take the risks as you would with another driver, let's say. You do play it a little bit safer."