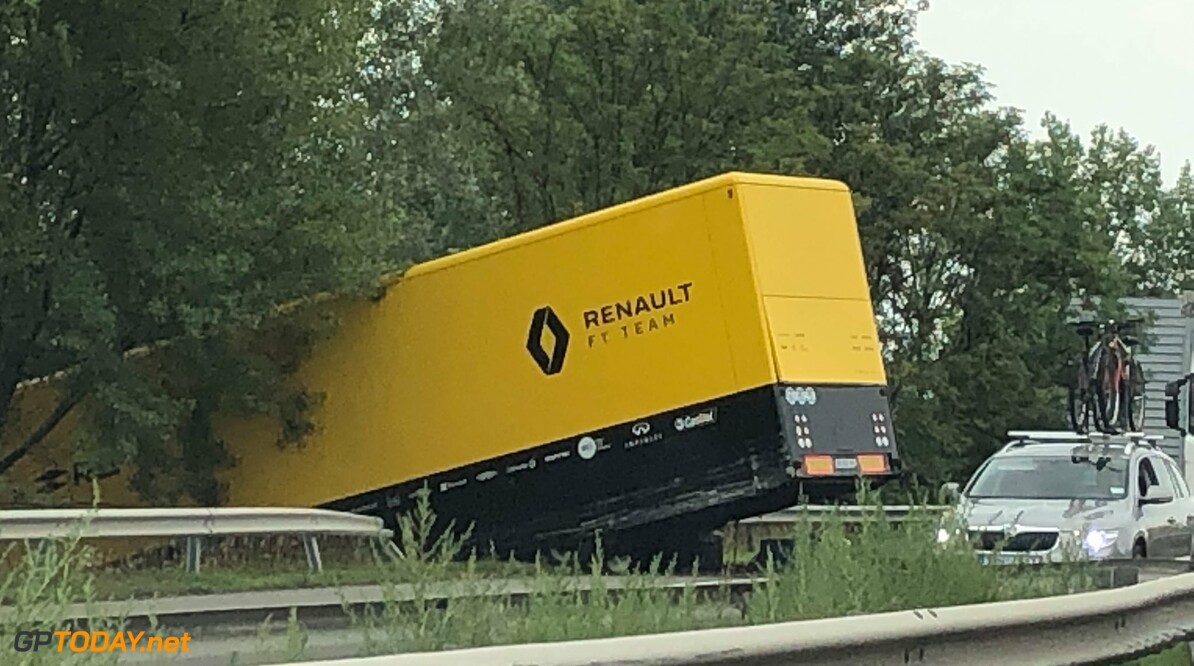 Renault has confirmed that the truck that crash on the way to the Hungarian Grand Prix earlier this week has not affected the team's preparations for the upcoming weekend.

The truck crash near the city of Gyor, with Renault confirming that the driver of the truck was conscious and not in a serious condition.

The most recent update coming from Renault states that the driver has been discharged from hospital, and the goods that were traveling in the truck are not damaged.

“The driver of the Renault F1 team truck involved in a road traffic accident in Hungary on Monday continues to make good progress and has returned home,” a statement read.

“The goods being transported were not damaged and the team’s preparations for the Hungarian Grand Prix this weekend have not been affected. We look forward to getting the weekend underway.”

Renault will be hoping for better fortunes at this weekend's race, following on from its double retirement at Hockenheim last Sunday.