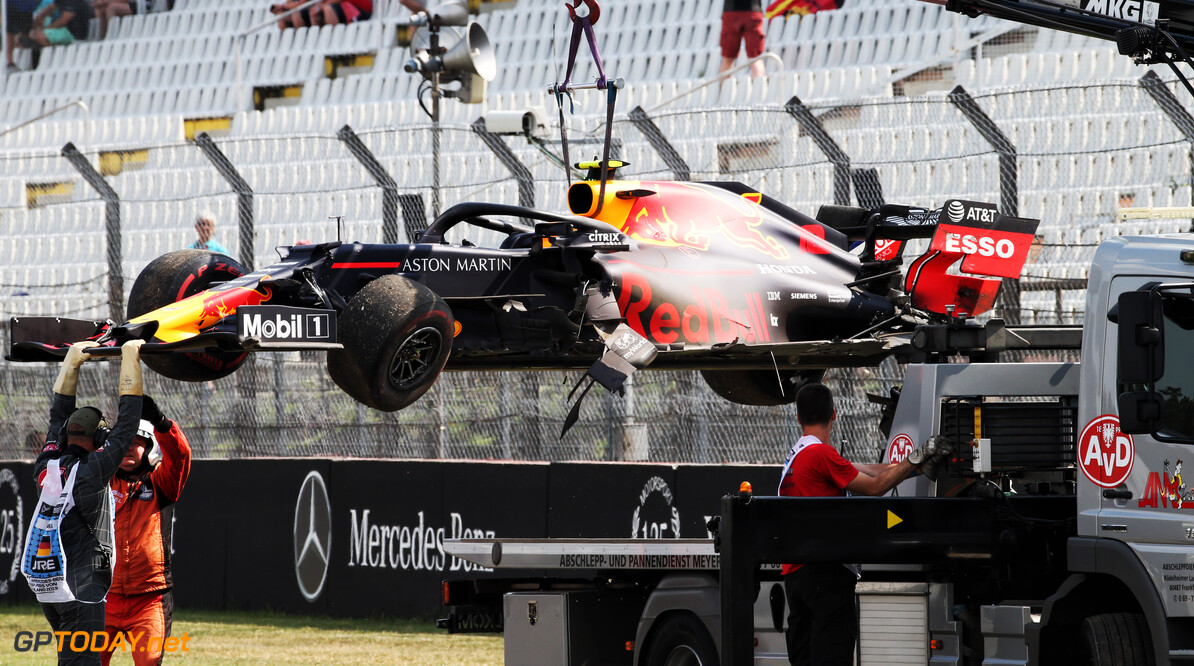 Marko: Red Bull starting to run out of spare parts

Towards the end of the second practice session on Friday, Gasly lost control of his car and pitched it into the barrier at the final corner, destroying the left side of his RB15.

MORE: Gasly will 'push' to fight Ferrari at Hockenheim | FP2: Leclerc on top as Ferrari stays ahead, Gasly crashes

Gasly arrived in Hockenheim on the back of his strongest performance of the season, picking up a P4 finish at the British Grand Prix two weeks ago.

Marko states that he hopes the crash hasn't harmed Gasly's confidence, as the 22-year-old is already struggling to match or get close to the pace of teammate Max Verstappen.

"It was a simple driving mistake, there was no problem with the race car, Pierre just lost the car out of control," Marko told SpeedWeek.

"I hope that does not dampen Gasly's confidence. But the focus is currently on the question of whether we can repair the car. We certainly do not lack our skills, but we are starting to run out of spare parts."

Verstappen gave his thoughts on the crash, stating: "Luckily it was later on into the session anyway so I don't think it's really painful for the team."

While Gasly has scored points at the last six races, he has been consistently out-performed by Verstappen and also has failed to beat some of the midfield runners at a handful of races.