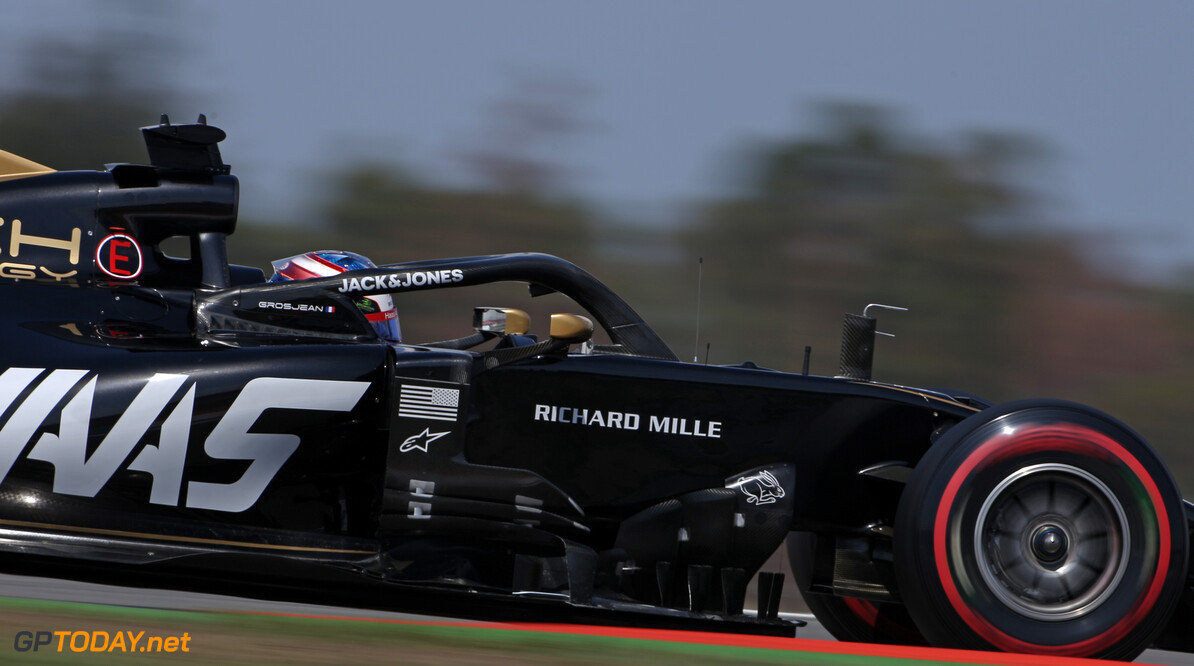 Romain Grosjean says the old-spec Haas car felt "outstanding" during the opening day of practice at the German Grand Prix.

Grosjean is running the old car as the American squad works to understand why it is lacking pace with its upgraded car during the races.

The Frenchman used the old car at the British Grand Prix two weeks ago, but collided with teammate Kevin Magnussen on the opening lap of the race which eliminated them both from the race.

In the second practice session at Hockenheim, Grosjean ended the session in seventh place - 1.3 seconds ahead of Magnussen.

"It's difficult to explain the feeling, but the confidence you have in the high-speed corners, you can push there and play with it," Grosjean said.

"At low speed, the entry phase is outstanding and there are limitations with the front at the mid-corner, but then traction is quite good. I guess it's more the high-speed and entry stuff which is outstanding.

"I think definitely after today we should hope for Q3 and hope we can understand the difference between the old and new package and then move forward.

"It's been a long time since we were that competitive on a Friday and things went that smoothly. I'm happy with that, it was tricky out there.

"Very warm, but we've been working very well, doing a lot of tests on the car. Maybe more than we've done over the season so far."

Speaking about his hopes for the weather for the rest of the weekend, Grosjean said: "Right now we'd like to keep it as it is but that doesn't look like it is going to happen."