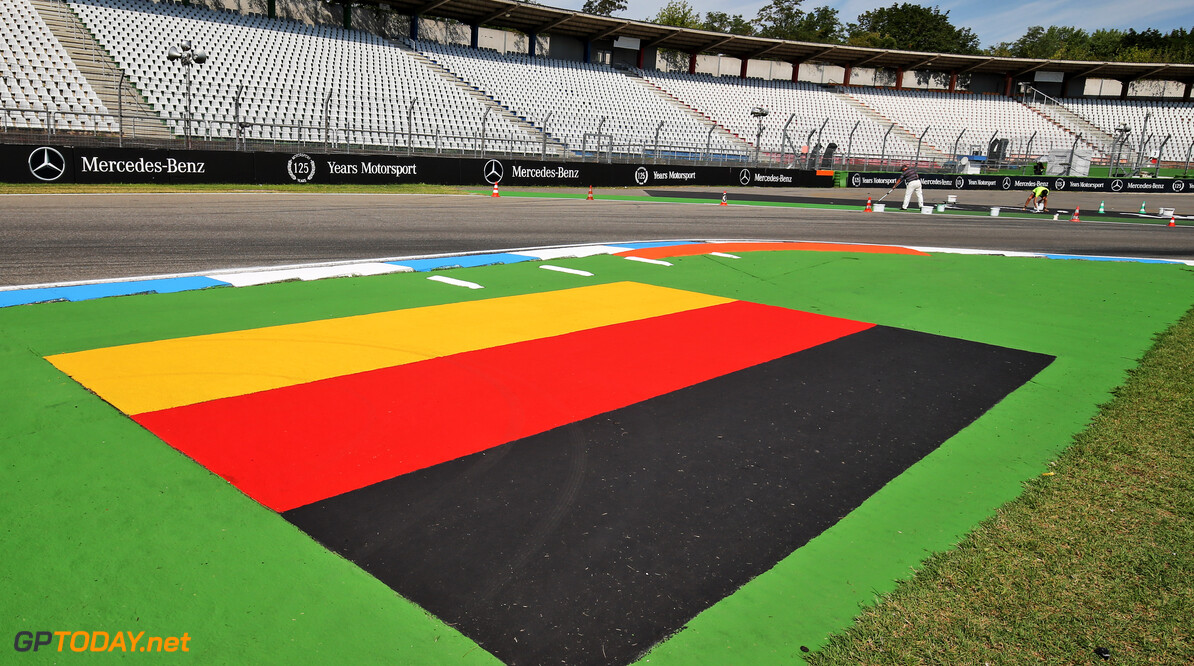 After a crazy British Grand Prix at Silverstone, it's now Germany's turn for Formula 1. The Grand Prix of Germany is race number eleven this season, as the F1 circus travels to Hockenheim to race on the Hockenheimring.

The once famous high-speed circuit through the German forests is nowadays a 4,574-kilometre long technical circuit, designed by Hermann Tilke. In 2014, Hockenheim seemed to lose its place on the Formula 1 calendar but managed to fight back.

The Hockenheimring in Baden-Württemberg was built in 1932 and at the time, was mainly used as a test circuit for Mercedes. In 1938 the circuit was renamed Kurpfalzring and the original triangle was shortened to a race track of almost seven kilometres.

In 1965 the track was redesigned due to the construction of the A6, the Autobahn, which nowadays still runs close to the main stands of the circuit. The last time the Hockenheimring was redesigned was in 2002.

The original circuit was almost seven kilometres long and mostly ran through the forests near Hockenheim, but the current one does not. The only thing that has been preserved in the current circuit of 4,574 meters is the stadium section and start-finish straight.

The German circuit contains two DRS zones. The drivers can open their rear wing between Turns 2 and 3 and Turns 4 and 6. The third zone of last year, between the last and the first turn, has been removed.

Top speed and a good balance seem to be very important at the Hockenheimring and that's why Mercedes is immediately the favourite. Behind Mercedes, there will be a battle between Red Bull Racing and Ferrari.

In recent races, Red Bull has reduced the gap in the championship to Ferrari, so the Austrian team would like to take over Ferrari's second place in Germany. Anything can happen in the middle of the pack. While McLaren has shown up in the previous races, Alfa Romeo have suddenly come on strong, as have Renault.

Sebastian Vettel seemed on his way to victory at Hockenheim last year, until a small shower of rain surprised him. The Ferrari driver pitched his car in the gravel during his home race and saw Lewis Hamilton take the win. Valtteri Bottas completed the Mercedes one-two, while Kimi Raikkonen managed to hold off Max Verstappen for the third podium spot.

Will the German Grand Prix be the first race of 2019 with rain? According to the predictions, that is certainly not impossible. Sun and tropical temperatures are expected for Friday, but there is a significant chance of rain and thunderstorms on Saturday and Sunday.

The most successful driver of the German Grand Prix is ​​Rudolf Caracciola, who won six times between 1926 and 1939. Michael Schumacher has 4 wins at his home Grand Prix, all at the Hockenheimring. Ferrari is the most successful constructor with 22 wins.

Lewis Hamilton has the chance to beat Schumacher's victory over German Grand Prix victories during the 2019 event. He has won four times - three times in Hockenheim and once at the Nurburgring.