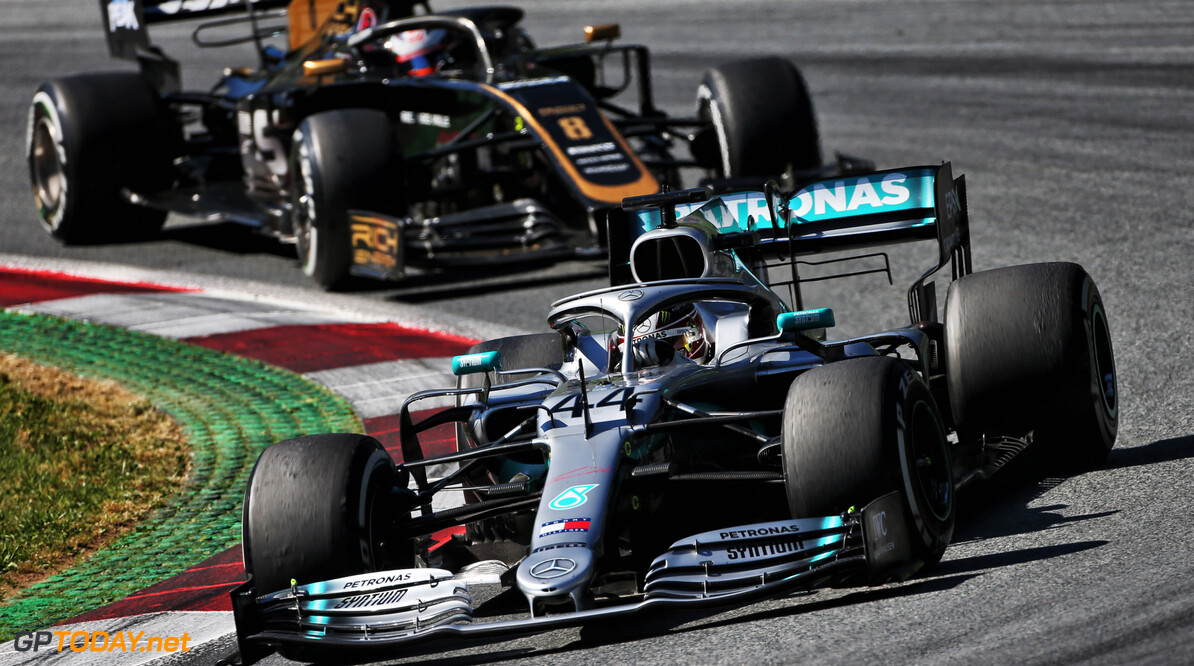 Mercedes has confirmed that a collapse of Lewis Hamilton's left flap on the front wing forced the team to change the component on the Briton's W10.

Hamilton lost vital seconds in his pit stop, which saw him rejoin the circuit in fifth place, where he would eventually finish the race after Sebastian Vettel overtook him following a late-race pit stop.

Team boss Toto Wolff confirmed after the race that the "left flap collapsed like we saw in free practice".

Mercedes endured a difficult Grand Prix, as Wolff revealed that the cars were lifting 400 meters before the corner as it was struggling to sufficiently cool its systems.

"We knew that it [cooling] was our Achilles heel, and we've been carrying this problem since the beginning of the season. It was really painful to watch, cruising, not being able to defend or attack," Wolff said.

"When you look at the positives, we were running the engine way turned down, lifting and coasting for up to 400 metres, that's almost no throttle rolling downwards, and still able to put in decent lap times."

Wolff added that Mercedes was "right on the limit" with its cooling methods of opening up the bodywork, insisting that any more would have had an impact on aerodynamic performance.

"We couldn't do any more. It was already very damaging for performance, with what we did, there was no step more.

"I would've hoped for a better result, when you are running second and third after the start with max's mishap. That would've been my best case scenario, so coming second and fifth is a bit worse."