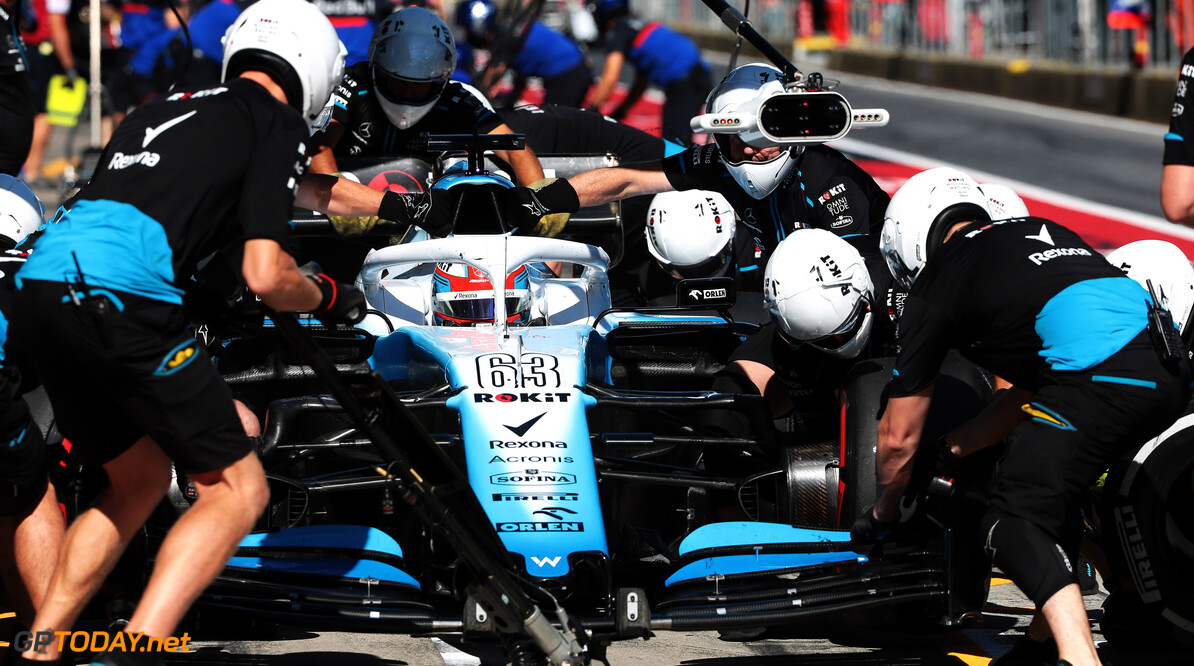 Russell to start from pit lane after front wing change

George Russell will start the Austrian Grand Prix from the pit lane after he was fitted with a different specification of front wing after qualifying.

The Briton qualified in 19th place, ahead of teammate Robert Kubica but received a post-qualifying three-place penalty for impeding the Toro Rosso of Daniil Kvyat at the end of Q1.

Despite the penalty, Russell was set to start the race from 18th and Alexander Albon and Carlos Sainz took on new power unit components for the weekend in Speilberg.

Williams' struggles continued in Spielberg as it was eight-tenths down on the nearest car in qualifying, which was Daniil Kvyat.

However Kvyat was set to improve his time by roughly half a second prior to the incident that forced him to take avoiding action.

Williams has long indicated that it is set to bring a major upgrade to the German Grand Prix later this year that they hope will see it close onto the back of the midfield pack.