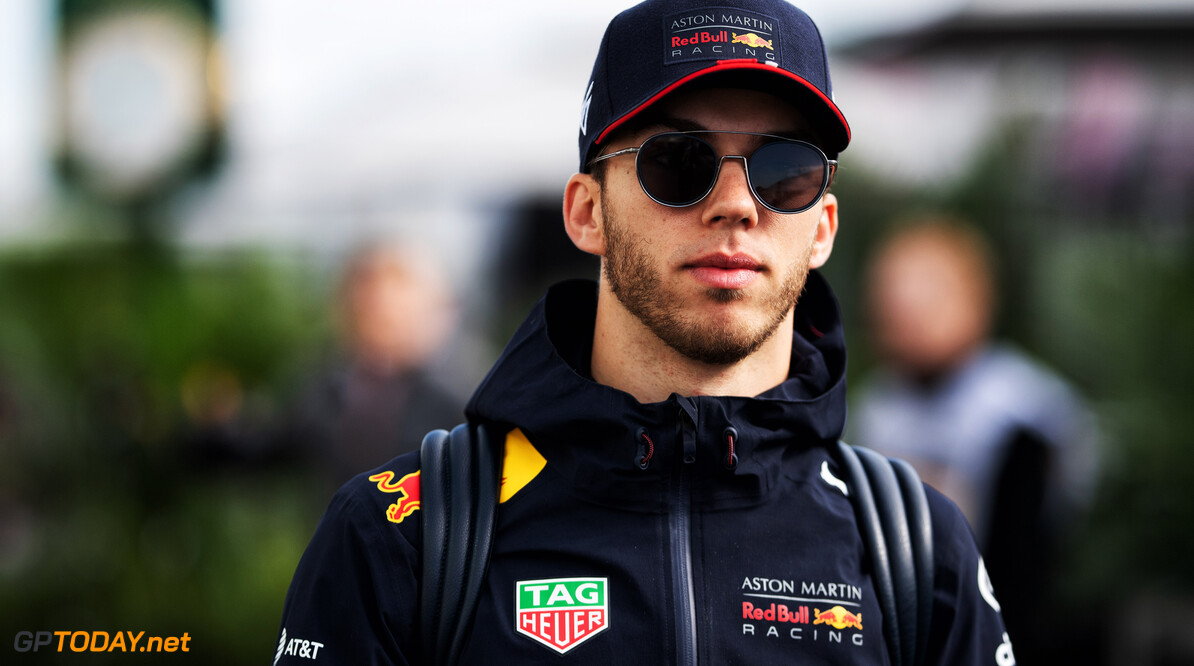 Gasly: Good to have Verstappen as a benchmark

Pierre Gasly insists he has a good relationship with teammate Max Verstappen and believes the Dutchman is a good benchmark for him at Red Bull.

Gasly has struggled at the team ever since he was promoted from Toro Rosso at the end of 2018, failing to match the pace of Verstappen at the opening seven rounds of the season.

MORE: Verstappen: Hard to judge Ferrari mistakes from the outside | Formula 1 confirms delay on 2021 regulations until October

Focusing on improving himself within the car is what Gasly is currently aiming for, rather than beating Verstappen.

"My goal is being able to drive the way I want to, to extract the very maximum from the car," he told Paddock Magazine. "Taking some direction with the team in terms of setup, what I need, and also to try to make the most of my new engineering team around me, because they are also new within the team."

The Frenchman has struggled with the Red Bull RB15, particularly at corner exits, which is where he states he is losing the most ground.

"I’ve always been quite aggressive in my driving, and for the car we had at the beginning of the season that was too much, maybe the rear of the car was a bit tricky, and I just have to adapt the way I used to drive before to what the car needs at this moment.

"I think it’s better now, also for the upgrades, so I would say it’s about working more on what the car needs so the car can become more useful to me as well, and I believe that this would make things better, weekend after weekend."

Gasly says that he can learn a lot from Verstappen who has been at Red Bull much longer, and believes that it helps that the two have known each other for many years.

"I’ve known him for more than ten years: we raced together in karting, and we always kept quite close, and we have spent training camps together in Monaco, we did a lot of activities, and to be fair, everything is going well.

"Besides, he’s more experienced with the team, so I have good things to take from his experience and it’s good to have him as a benchmark as he is one of the most talented guys on the grid."