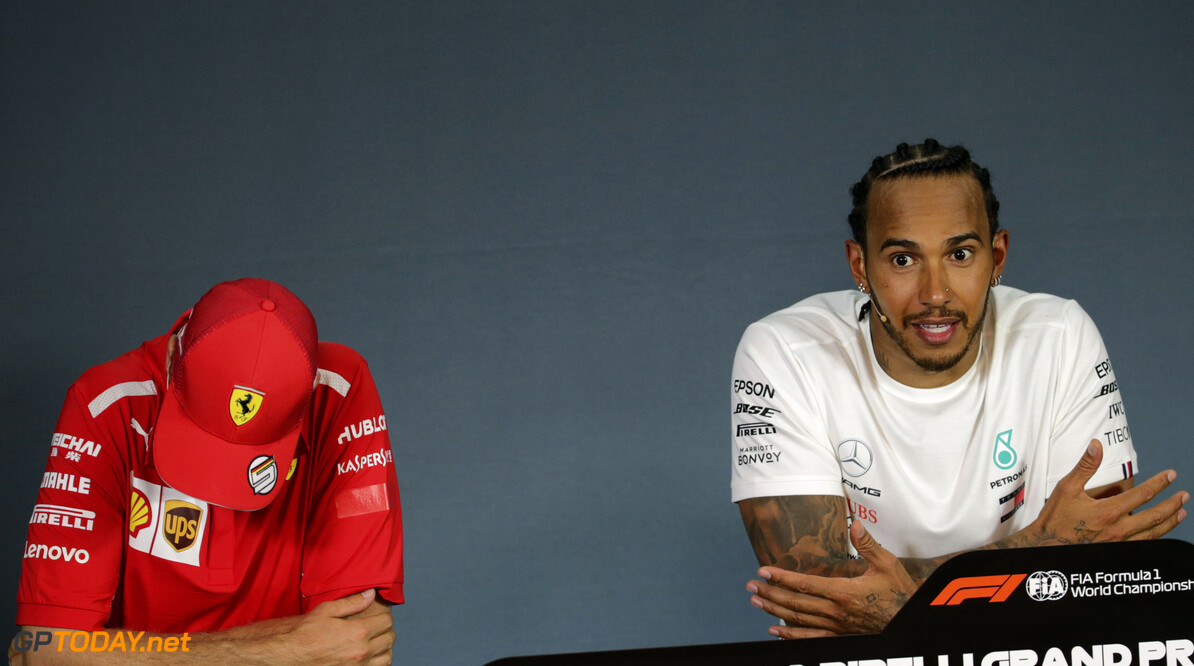 Nico Rosberg has delivered his verdict on Sebastian Vettel's five-second time penalty that denied the Ferrari driver his first race victory of the 2019 season.

Rosberg believes that the penalty was warranted following Vettel's attempts to rejoin the track, as he slid across the track while battling Lewis Hamilton for the lead of the Canadian Grand Prix.

Hamilton was forced to back off when Vettel rejoined, which Rosberg is adamant is clear evidence in the case for the penalty.

Prior to giving his opinion, Rosberg admitted that he was rooting for Vettel to take the win in the interest of the world championship, as Mercedes has now won all seven races of the 2019 F1 season so far.

"First of all, it's the same as usual," the 2016 world champion said while live streaming on his YouTube channel. "When Lewis and Vettel are together, Lewis puts the pressure on and we saw the typical thing, when the pressure is on and it's a battle between Lewis and Vettel, Vettel just makes those mistakes.

"But Lewis is there, and the rules say that when you go off the track, you need to rejoin safely. Vettel went all the way across and I think he easily could have left more space. Especially in the latter phase, when Lewis started braking, he could've easily left more space.

"But he didn't, and Lewis saw it as a dangerous situation. I looked at the replay many many times - Lewis would've been in the wall had he stayed there. Vettel moved over more and more, and it was so tight, that Lewis would've touch either him or the wall.

"It's very clear that unfortunately, it was an unsafe return to the track. You have to return safely, so a penalty is deserved in that case."

'No grip' not a valid excuse

Rosberg added that he consoled with his father Keke about the situation, who considers the incident to be 40, not a penalty, and 60% a penalty.

Rosberg said that Keke made the point that Vettel had grass on his tyres and little grip to return to the circuit.

"I know that, but so what?" Rosberg said. "You still need to return safely and if you're out of control,  you're not returning safely. So that's it, the penalty is deserved. It's not a valid excuse.

"But I fully agree that it sucks to have this kind of penalties. We want to see some great racing, and this was great racing."