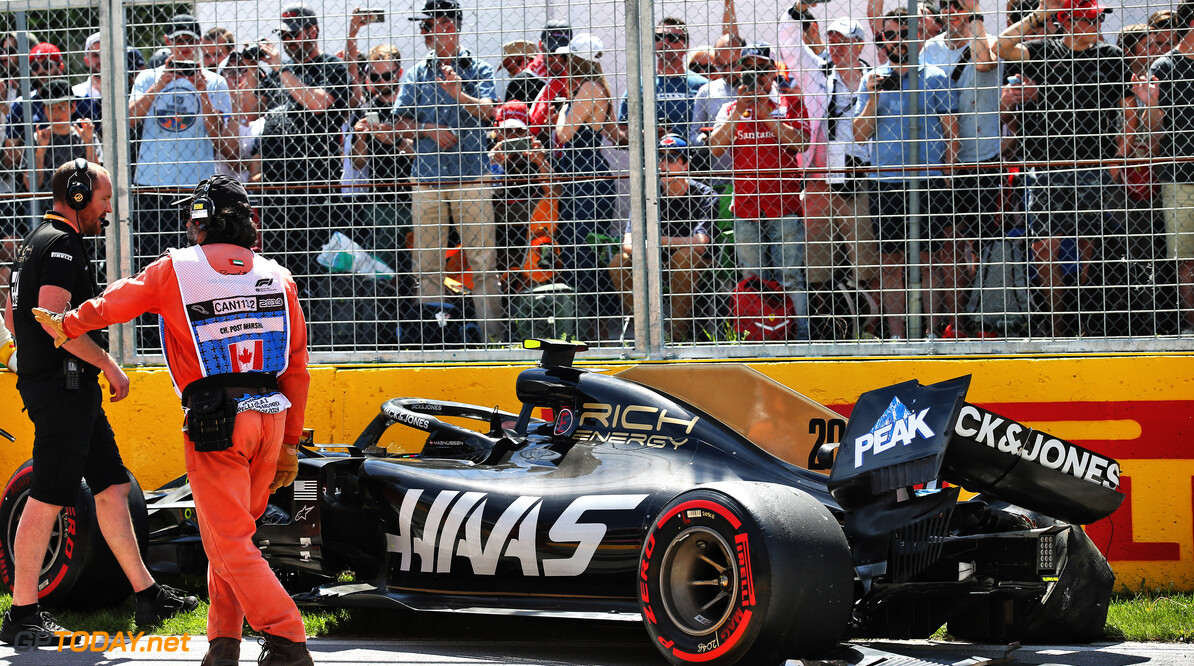 Kevin Magnussen believes he may be at an advantage starting from the pit lane after his heavy crash at the end of Q2 on Saturday.

On the exit of the final corner, the Haas driver hit the outside wall which then broke the wheel rim, sending him across the circuit and into the barriers.

Haas confirmed after the session that Magnussen would be taking a pit lane start as the team had to fit a replacement chassis.

However, Magnussen will get a free choice of tyres for the start of the Grand Prix and won't have to start on the soft compound that was degrading rapidly after a handful of laps on Friday.

"The lap time from Ricciardo in Q3, I don't know... the track probably got a lot better also because the pole lap time was also a lot faster.

"I felt like were there in the mix with the McLarens and Renaults, but we're slightly on the back foot compared to Monaco."

Magnussen surprised by the extent of the accident

Magnussen admitted surprise after the session with the severity of the impact, as he didn't think the initial touch was going to be enough to take him out.

"I had a snap and brushed the wall, it wasn't even that hard," Magnussen stated. "I caught the wall with the rim so it just blew the rim and took the tyre off the rim and saved me over to the other side of the road.

"I didn't expect to spin like that but because the outside of the rim had been blown off, it turned me around.

"I didn't think it would be a problem because when I had the snap, it might hit but I thought 'it's going to be fine'."