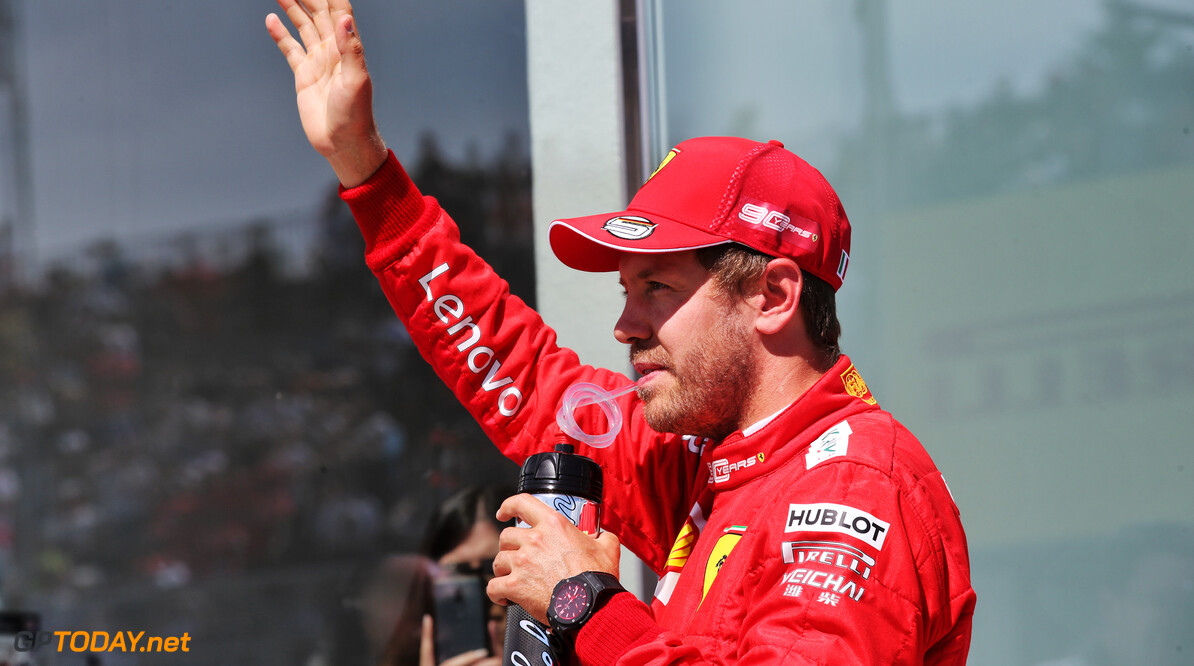 Sebastian Vettel says he is pleased for the Ferrari team after he took his first pole position in 17 races on Saturday.

The German beat Lewis Hamilton to the top spot on Saturday afternoon in Montreal, setting a lap time two-tenths quicker to take his first pole position of the year.

MORE: Qualifying: Vettel takes first pole of 2019 in Montreal | Ferrari 8 kph ahead on the straights - Wolff

Ferrari has had a tough season so far, failing to win a race while Mercedes has won every Grand Prix on offer.

"He [pointing to Hamilton] is bloody good in qualifying, hard to crack," Vettel said after the session. "I'm full of adrenaline. You know the feeling in the car, when it just keeps coming, you feel the grip and just go for it.

"It was one of those laps, really really nice. I've very happy for the team as the last weeks have been tough for us."

Vettel pleased to avoid soft tyre for the race

However, the four-time world champion is taking consolation in not having to run the compound during the race, as he advanced from Q2 on the medium tyre.

"It was awful, but today the car was a lot better. We'll take that into tomorrow, we avoid the red soft tyre in the race as we managed to through on the medium tyre.

"It was a good day, the car was good and we can carry that into the race. Mercedes will be quick over a race distance but we'll try everything."