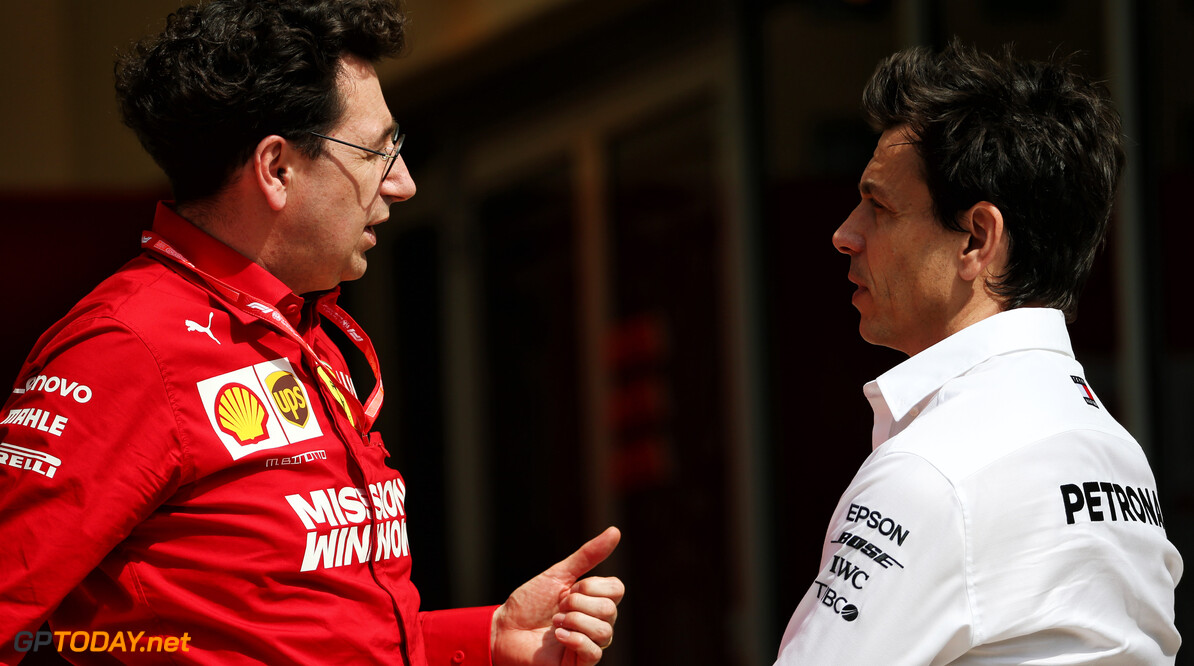 Ferrari 8 kph ahead on the straights - Wolff

Ferrari ended the final practice session of the weekend on top of the timesheets, with Sebastian Vettel boasting a four-tenths of a second lead over Lewis Hamilton in third.

It has been assumed for most of the 2019 season that Ferrari has the advantage in a straight line, but it has been losing out in the corners due to a lack of grip.

Mercedes 'has a fight on our hands'

Wolff believes that Mercedes has a fight on its hands heading into qualifying for the Canadian Grand Prix.

"They really ramped up their game. They're looking extremely strong. The straight line speed is enormous," Wolff told Sky F1. "So we really have a fight on our hands."

Wolff denied that Mercedes can simply take away a bit of downforce for additional straight-line speed, as he sees it is not gaining in the corners by much.

"We're not really gaining massively in the corners either, you can see the discrepancy in the straight-line speed, especially on the main straight. It's enormous, at 8 kph now.

"I think they [Ferrari] are probably running a little bit less downforce, that's part of the gain. But the rest of it is sheer power."

For a number of years, Mercedes struggles on tight tracks with low-speed corners and traction zones, while this year they seem to have the advantage on those types of circuits.

Wolff stated that Mercedes worked hard to understand why, and has produced a car with better balance - although at a compromise.

"We've seen on tracks like Budapest, Singapore, Monaco that we haven't been performing well," Wolff said. "We've been trying to understand why that is by digging deep. We've come back with a car that is much better in these corners.

"It's more balanced, but it's not a mighty monster like we had at tracks in the past like Silverstone, that was a bit of a compromise. But coming here, where there are not a lot of sequences of slow corners, we don't seem to have an advantage."