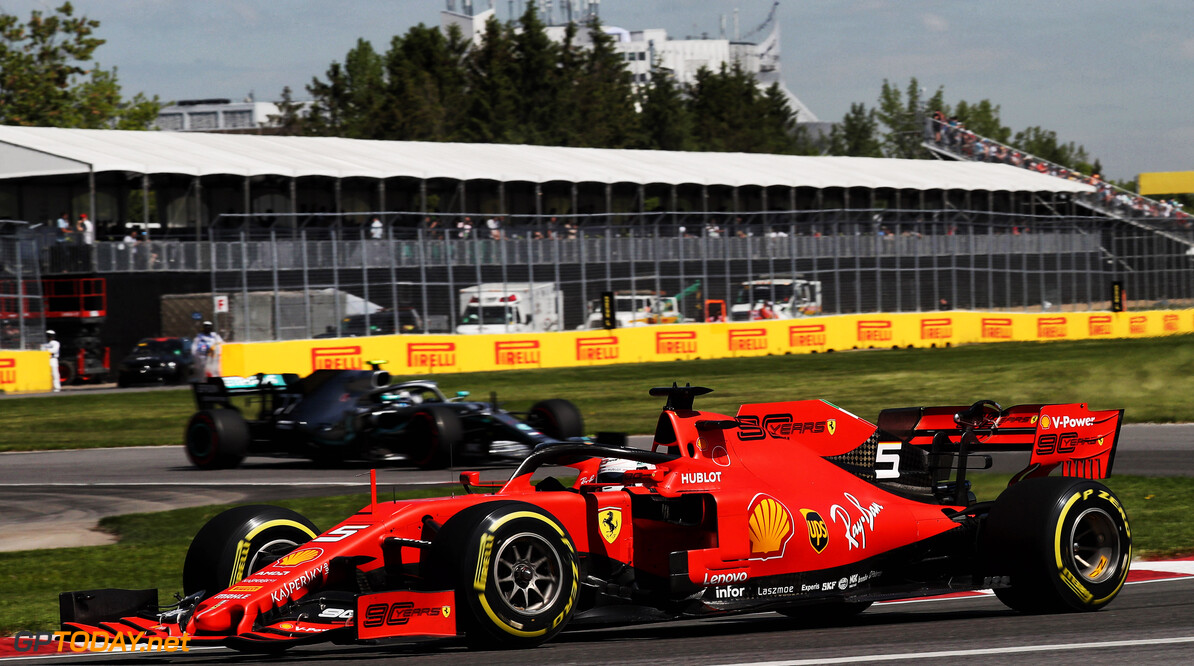 Mercedes still has a reasonable gap over Ferrari - Vettel

Sebastian Vettel says Mercedes still holds a "reasonable gap" over Ferrari after the first day of running in Montreal.

The Silver Arrows topped the first session by almost a second, but Ferrari jumped to the top in FP2 with Charles Leclerc edging out Vettel.

Despite the improvement on the timesheets between the sessions, Vettel maintains that Mercedes has the advantage as it goes in search of its seventh win of the season this weekend.

"A bit mixed," Vettel said about his day. "It's been an interesting session. It was quite slippery to start with but the track will improve the whole weekend so the key will be to just go with the track.

"We're not the fastest. I know if you look at the results, at the one lap performance, it looks like that today. But there's still quite a reasonable gap to Mercedes."

Vettel struggles on the soft compound

Vettel was also one of many drivers who struggled with the tyres, as the C5 'soft' compound degraded rapidly over the course of a stint.

"It wasn't a great day in terms of tyres, they didn't last very long but we'll see what we can do tomorrow," Vettel commented.

"We'll see what happens in qualifying and the strategy that everyone picks for hte race. Overall it wasn't that bad, but we certainly need to improve if we want to put the car in a good position for the race."

Vettel has often cited that he is losing out in the corners with a lack of grip and had no different tale on Friday in Montreal.

The four-time world champion added that it wasn't a completely representative session following the troubles Lewis Hamilton ran into.

"Corners, just like the other races. Today was not the most transparent session with people running into problems, but the car feels not yet the way I want it. We have some stuff that we want to try."