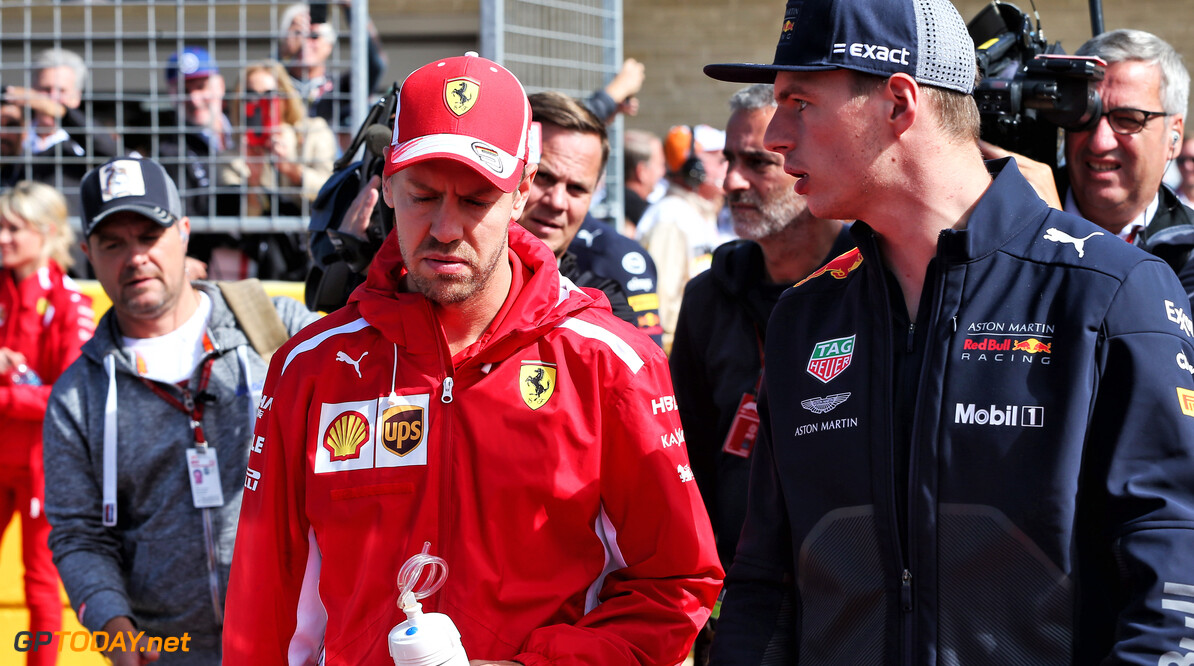 Ricciardo: Verstappen faster than Vettel over one lap

Ricciardo partnered both drivers at Red Bull, racing alongside Vettel in 2014 and Verstappen from 2016 to the end of the 2018 season.

Speaking on Nico Rosberg's Beyond The Grid podcast, Ricciardo affirmed that he doesn't believe Vettel to be slow over one lap, but admits that he saw Verstappen as the quicker of the two.

"I won't take anything away from Seb, he is not slow by any means," the now Renault driver said. "Probably as well because Max is still young, and if he's quick now, he's probably only going to get quicker.

"Seb has been doing it that long, I think you always improve as a driver, but there's less room for him to grow, and more for Max. If Seb's listening, sorry Seb," Ricciardo laughed.

Vettel was absorbed by racing and Formula 1

The Australian picked up three Grand Prix victories in his opening year with the team, while Vettel struggled to adjust to the introduction of the new V6 turbo hybrid cars.

Speaking about Vettel within the Red Bull team, Ricciardo says the German was always direct and understood, but still maintained respect for the rest of the team members.

"I was excited for that challenge, the on-track challenge but also to see how he worked off-track," he said. "There was a lot of attention to detail. He lives and breathes racing.

"I felt he didn't have many other hobbies. It was just racing and he was really absorbed by it. He had a good way of communicating, he was firm but not disrespectful.

"If something wasn't good enough, he would say 'It's not good enough, we can do better', but it got the message across. He was direct but was still kind. He shook everyone's hand and had a good balance."