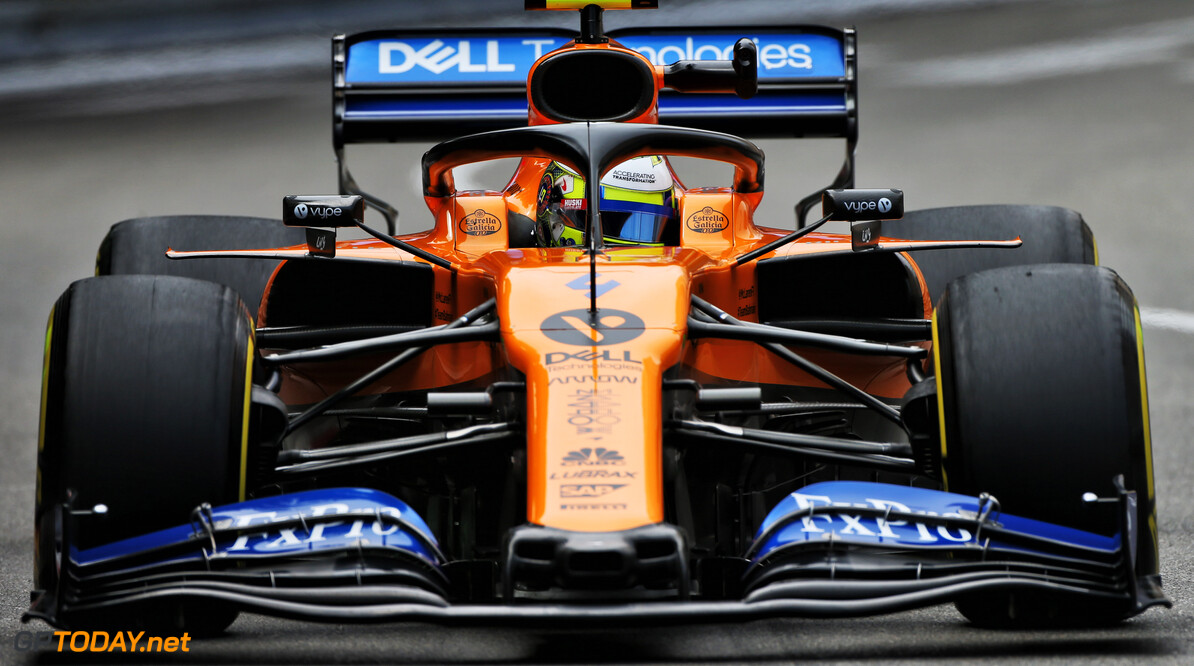 Norris: Good points a result of 'doing our homework'

Lando Norris says McLaren's strong top ten finish was down to the team doing its homework prior to the race.

While the Briton finished outside the top ten, teammate Carlos Sainz came home in sixth place, matching the team's best result this year, as Norris picked up a P6 finish in Bahrain.

Norris was instructed to go long into the race on his medium tyres and create a gap to the cars ahead, keeping Daniel Ricciardo and Kevin Magnussen behind, who pitted early on under the safety car.

MORE: Sainz pulled off ‘best move' of career in Monaco

Sainz was then able to re-join the track after his pit stop in clean air, staying ahead of the Toro Rossos.

"I think I could have finished 10th at best but nothing more, and because of that we decided to try and get more points for Carlos and do better as a team," Norris said.

"They told me what I needed to focus on laptime-wise and obviously I was trying to look after my tyres at the same time, which cost a bit of pace.

"They told me what I needed to do and that allowed him [Sainz] to box cleanly ahead of me and, yeah, if they hadn't have done that, we probably would have been passed by the Toro Rossos because they were quite a bit quicker.

"I think they did a very good job and we did our homework before the race because we thought this might happen and we were well-prepared, and thankfully that got us some good points."

McLaren's strong result sees it pull away in fourth in the championship, as it now holds a 13 point gap to Racing Point.

Norris insists that he was happy to be a team player and sacrifice his own race, as he was aware that scoring points after a poor start was unlikely.

"I knew I wasn't going to do anything special or get loads of points so I just did the job I had to do," he said.

"As a team, we know what we have to do to get the best points possible and for the future in terms of constructors points and money for next year and improving as a team. Today was the best job we could have done so I'm very happy with the job that everyone did."