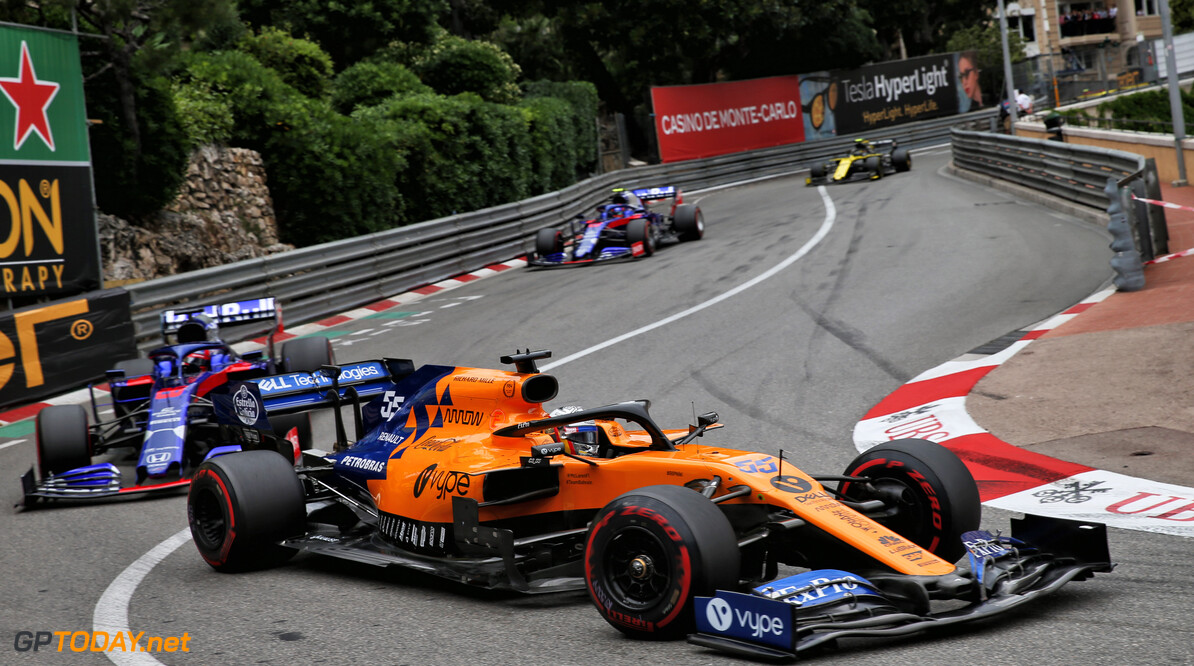 Sainz pulled off ‘best move' of career in Monaco

Carlos Sainz has come away from the Monaco Grand Prix in a cheerful mood, after he managed to pull off what he described as the "best move" of his career at the start of the race.

After starting from 8th position Sainz was overtaken by rookie Alexander Albon in the Toro Rosso, but then managed to overtake both Albon and Kvyat around the outside of Turn 3 as they went into Casino Square.

After this move, the Spaniard kept both Toro Rosso drivers behind him for the rest of the race on his way to a sixth-place finish in what was a good haul of points for McLaren.

It also means that the Woking-based team retain their fourth place in the constructors' championship, which means they are 'best of the rest' behind Mercedes, Ferrari and Red Bull.

“Good haul of points this weekend.” said Sainz. “This feels particularly good because we went through some difficult parts this weekend and we just built it up and did a good lap of qualifying.

"I got a really good start off the line and managed to pass the two Toro Rossos around the outside of Turn 3 which was probably the best move of my career in F1 so far.

“Then we put some good laps together before and after the stop and we got the pitstop just right and, yeah, P6.”

Sainz said that McLaren resisted the pressure to pit during the safety car period after Leclerc's incident.

“Then we pitted when we had to pit. It was tight – I had to defend hard against Daniil Kvyat and I did the fastest lap immediately defending against his overcut. It was great timing, and a great call.”