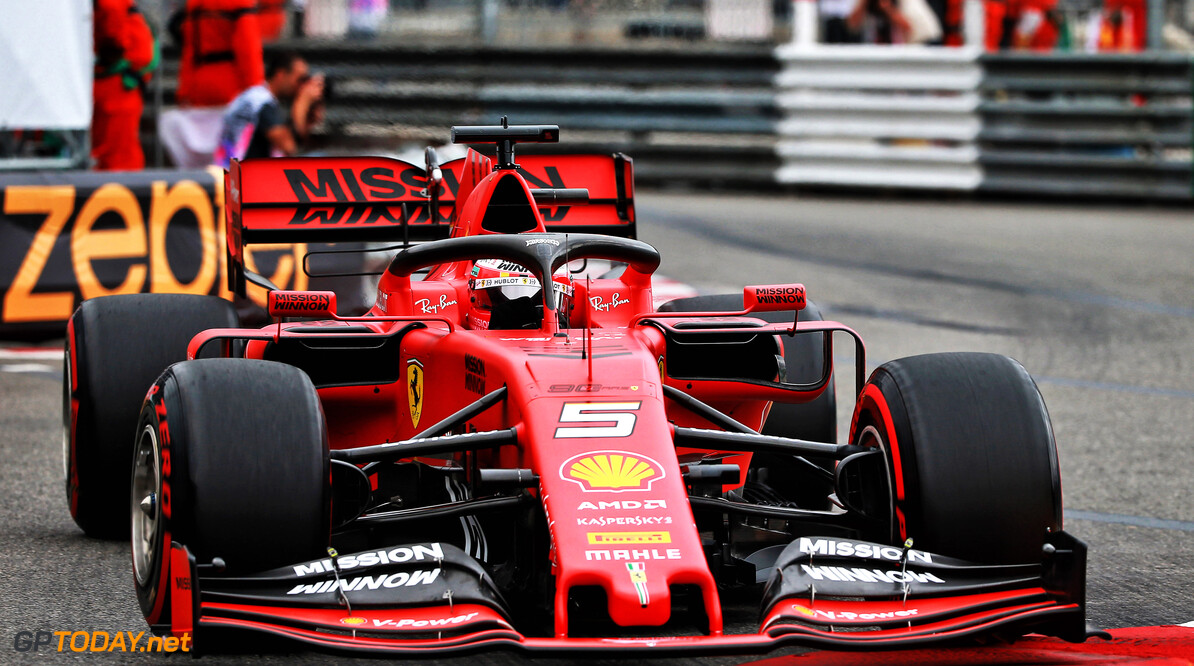 Ferrari lacking a 'bit of everything' - Vettel

Sebastian Vettel says Ferrari is missing out on "a bit of everything" in Monaco following the first day of practice.

In both practice sessions that were run on Thursday, Vettel was over seven-tenths down on Mercedes' Lewis Hamilton, who set the pace.

Mercedes were the predicted favourites heading into the weekend after their dominating start to the season, taking five consecutive one-two finishes.

Vettel remains hopeful that Saturday will see Ferrari come back stronger with some more pace, but admits that it was down on its rivals on Thursday.

"Quite a lot of things didn't really work, so it wasn't that productive," the German said. "I was struggling a bit, lacking pace compared to Mercedes. I was struggling to get the tyres to really work so a bit of work ahead of us.

"It's a bit of everything, not exactly what you'd like around here. You'd like to know what the car is going to do.

"You can anticipate a bit more, but I'm sure that come Saturday, things should calm down and maybe if it's warm as well, it might help us."

Vettel is also running a special helmet design this weekend in Monaco as a tribute for Niki Lauda, who passed away earlier this week.

The helmet is based on Lauda's final design from his Ferrari years, with Vettel adding that he thinks the design looks "cool".

"It's not my design, it's to give tribute to Niki," Vettel said. "It goes without saying that I would have liked to have done something different here, but given the circumstances of his passing, it felt like a nice thing to do.

"I think it actually looks quite cool and it's based on his last Ferrari design. Maybe it's nice to take him around for a final couple of laps around Monaco."

MORE: Wolff feels 'like a zombie' after Lauda's death