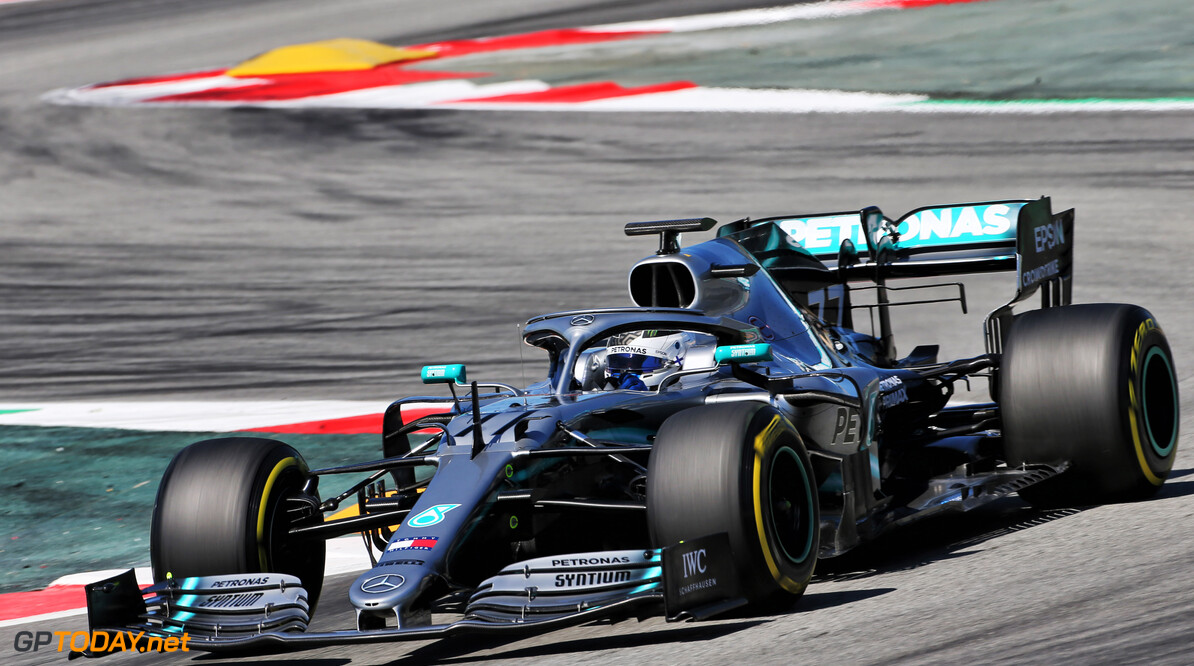 Test day 1: Huge gap to competition for Bottas on C5 in Barcelona

Valtteri Bottas has finished the first day of the in-season test in Barcelona as fastest. The Mercedes driver improved his fastest time of the morning by one second to 1:15.511.

Charles Leclerc stayed in second position in the afternoon and Daniil Kvyat climbed to P3.

The morning session of the test was still without any problems, because the red flag didn't need to be waved at all. That was different in the afternoon.

After an hour in the afternoon session the red flag was waved for the first time, because Callum Ilott parked the Alfa Romeo on the outside of turn 3 in the wall. After that it went well for two hours, until Pierre Gasly had to park his Red Bull on the straight with a technical problem.

These interruptions didn't stop Bottas from sharpening his fastest time in the morning. The number 2 of the current championship drove a 1:15.511 on C5 tyres, a time that was only one tenth slower than the lap he took pole position on Saturday.

In the last ten minutes of the session, Leclerc also improved his time, but his gap with Bottas remained a substantial 1.4 seconds. Kvyat climbs up to P3, ahead of Nico Hülkenberg, who after the morning session was still in the rearguard but in the afternoon drove a lot faster and scored a 1:18.051. Despite missing the last hour Gasly ended up on P5.

The sixth position was for Carlos Sainz, who was third in the morning but had to hand over the wheel to teammate Lando Norris in the afternoon.

The second McLaren driver didn't get any further than P10. The Briton had to tolerate Pietro Fittipaldi, Nick Yelloly and Sebastian Vettel in front of him.

Most teams managed to do more than 100 laps at the Circuit de Barcelona-Catalunya. Only Haas F1, Renault and Alfa Romeo didn't succeed.

The most productive drivers were Nicholas Latifi with 133 laps, Vettel with 132 laps and Bottas and Leclerc with 131 laps.