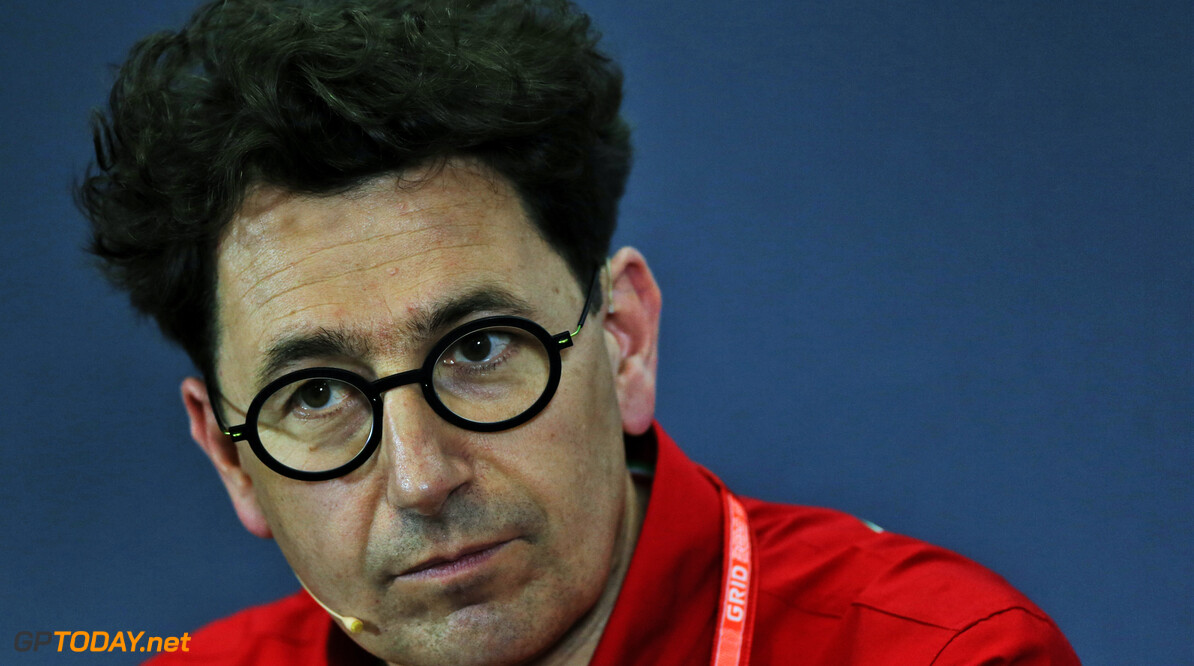 Ferrari team principal Mattia Binotto has no cause for concern after the team's lacklustre start to the 2019 season.

The Scuderia outfit has failed to win at the opening four events of the season, while rivals Mercedes has grabbed four one-two finishes.

Despite the poor start which has left the Italian squad 74 points behind in the constructors' championship, Binotto is confident that Ferrari had a competitive car in both Bahrain and Azerbaijan.

"I think we have missed a great opportunity in Bahrain where we certainly could have done a fantastic result compared to the one we did," Binotto said.

Binotto insists that Ferrari is not at all satisfied with how it has started the year, but has played down the severity of the situation, and the implications it could have on the remainder of its season.

"Our objective certainly is not to be where we are in terms of, again, points and classification, so we cannot be happy on the start of the season," he commented.

"But assessing that from the performance overall, it’s not a drama at all. I think we have got still a good car.

"The competition is very, very strong and that, I think, was known and it’s not a surprise but I think we are still in the battle and we could to every single racing with the willing to do well – and we can do it."

Pirelli confirmed on Friday that three teams (McLaren, Mercedes and Renault) will test their 2021 tyres later this year.

Binotto confirmed that Ferrari had the option to test, but declined as it did not see the benefit of taking part in a two-day outing.

"Obviously we have been offered. It has been our own choice not to participate," he said. "We've been short on time and the resources for the programme so as Ferrari we decided simply not to take part in this test in 2019 but we are preparing ourselves to do it obviously in 2020.

"I’m pretty sure that we will have the opportunity to do it."