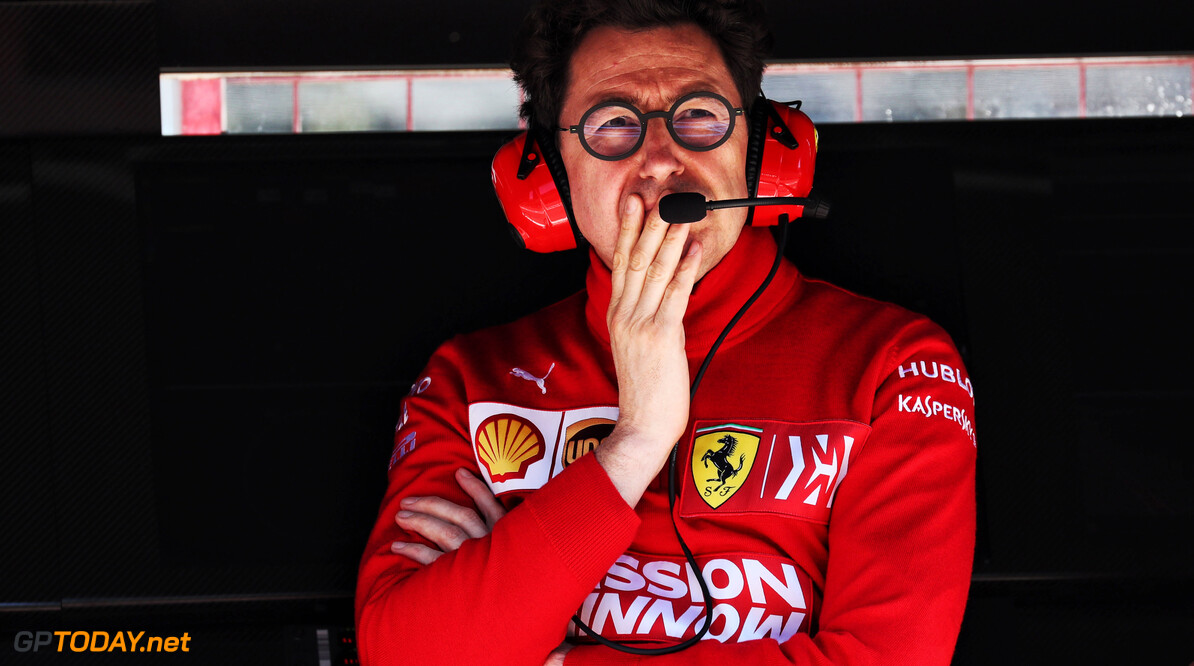 Ferrari team principal Mattia Binotto says that the large gap between Mercedes and Ferrari in the constructors' championship is not a true indication of Ferrari's potential.

Mercedes has picked up four wins from four in 2019, while also filling in the second place position at every race so far this season.

Ferrari has struggled to keep up but did show pace in Bahrain where it locked out the front row and almost won before an engine issue halted Charles Leclerc's charge.

Binotto admits that Mercedes was slightly faster in Baku, but affirms that the gap wasn't large, believing that his team could have snatched pole position on Saturday.

“I think that obviously four races in the season, no win for Ferrari, four wins for Mercedes, no doubt they are very strong,” said Binotto.

“Certainly they’ve got a slightly better car, but I think that the gap is not so big and the points of the result are not reflecting the true potential of the cars.

“In Azerbaijan, we had the potential for pole, and if you’ve got a car fast enough to score potentially the pole, you’ve got a good car overall. In the race, yes, we weren’t as fast as them, but we didn’t finish 20 seconds behind.

“I think that Seb [Vettel] somehow at the end of the race was somehow quite close, and if you look at the delta lap time average on the race, somehow it is significant but still little, and I think it’s something on which there is much to try to work and then to close in the near future."

Ferrari brought a number of upgrades to Azerbaijan, focused on improving the efficiency of its aerodynamics. Although they didn't fire the Maranello squad to victory, Binotto was pleased with their performance.

"The updates work as expected,” he said. “These are only the very first one.

“A few updates are expected as well in the next races, so we will not stop here. Our hopes definitely are that we can do a better job in the future.”