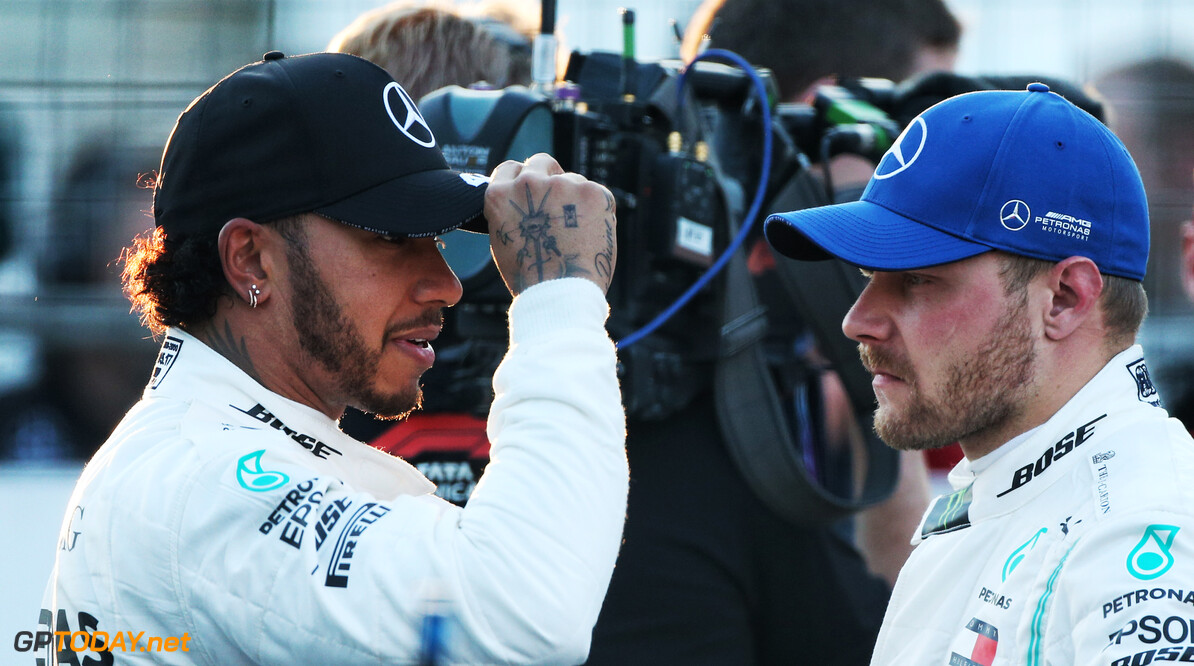 Mercedes 'lucky' Hamilton and Bottas get on well - Wolff

Mercedes team principal Toto Wolff believes his team is lucky to have a harmonious relationship between its two drivers after its strong start to the 2019 season.

Mercedes has won the opening four races of the year, with Lewis Hamilton and Valtteri Bottas taking two wins each.

The team is enjoying the relaxed relationship between the duo compared to what the atmosphere was like within the Brackley squad when Hamilton was partnered with Nico Rosberg.

"I think we are lucky that they have a very good relationship,” Wolff admitted. “They got on with each other. There is not a lot of games in the background and I am very happy about that.”

However, Wolff says the team is aware that the relationship between the two could dilapidate as the season wears on if they both stay in title contention.

"But as a matter of fact we are conscious we’ve seen relationships deteriorate,” he said. “We wouldn’t allow a relationship between drivers to deteriorate to the point that it has a negative effect on the team.

"If that would ever be the case again, after Nico and Lewis, we would issue yellow and red cards. But we are far away from that.”

Hamilton also commended Bottas for sticking to 'rules of engagement'. On Sunday at Baku, the two went side by side through the opening two corners, which saw Bottas prevail.

The Finn went on to take his fifth career win and reclaimed the lead in the drivers' championship.

“I can’t tell you what’s going to happen further on in the year," Hamilton admitted. "I can’t judge if one’s character will change or not.

“But drivers in the past didn’t stick to the rules of engagement that we have as a team, and Valtteri and I do.”