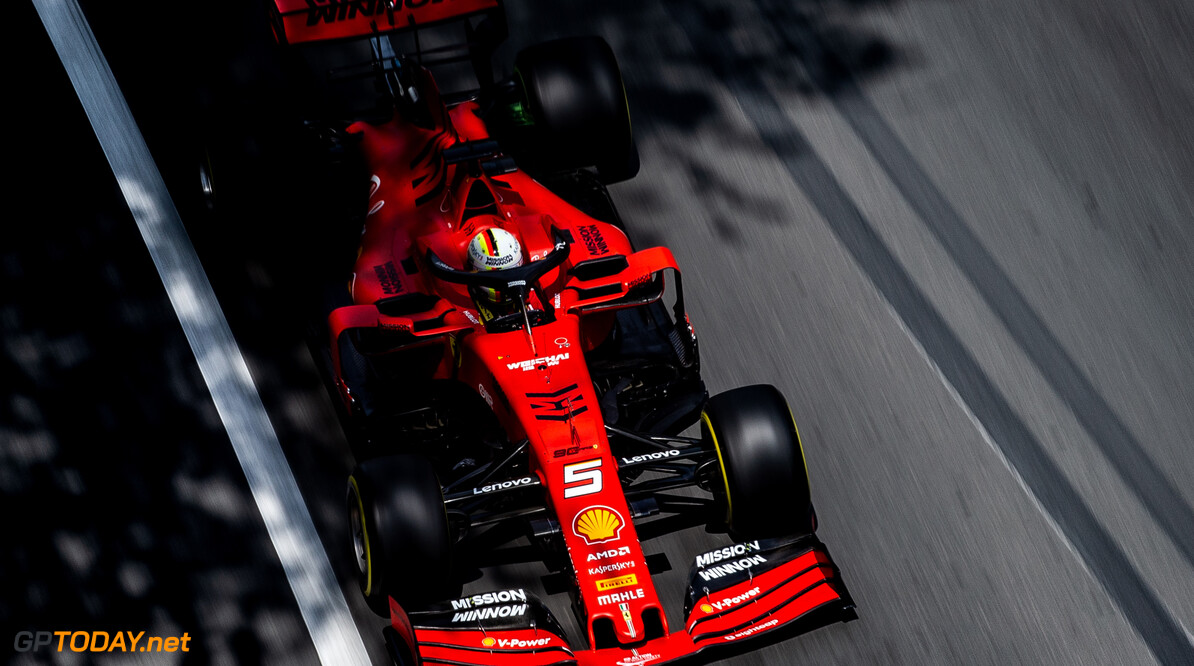 Sebastian Vettel believes that not having a tow in the final stage of qualifying cost Ferrari a shot at pole position.

Valtteri Bottas, who emerged from the session as the fastest, benefitted slightly from the tow of Lando Norris down the 2.2km start-finish straight.

Vettel had to settle for third place as Mercedes locked out the front row for the third time in four races in 2019. His teammate Charles Leclerc crashed out in Q2, and didn't set a lap time in the final stage.

“I don’t know if they [Mercedes] stole it. I think they were a bit quicker than us today,” Vettel admitted. "For me it started a bit slow and towards the end it was getting better.

"The session was tricky and long, the sun is going down and the track was cooling down so it was difficult to find the right balance of pushing on the outlap and playing with the tow trying to get something.

“At the end, I had a good lap but I had no tow to close the lap so that cost a bit. But I’m happy that we sort of got the maximum out of it, not happy overall from the team point of view.

“We were expecting to have a better session with Charles and myself and to be closer to the front."

Vettel believes that a slipstream could provide a lap time advantage of "up to half a second" to the car behind.

However, he says that it is a narrow window between gaining from the slipstream and losing out in the dirty air from the car ahead.

“But then it’s always a compromise and if you get too close in the middle sector then you lose out," Vettel added. "I would say going with the other people [the tow] would have gained around three tenths, so it would have been a bit closer with somebody in front.

“The track was getting cooler and the car more difficult to drive and I prioritised to push on the outlap to have the tyres in the window for the start of the lap. Now I sort of regret that I didn’t take the gamble on but I think it was still probably the right call.”