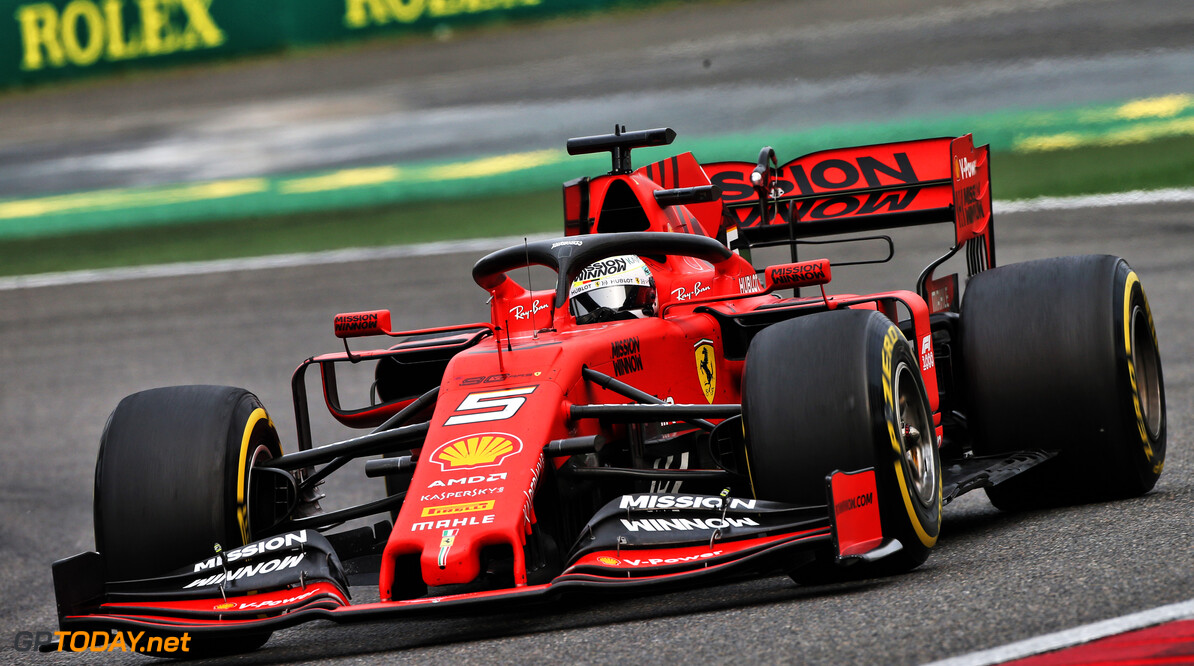 Vettel highlights importance of the coming weeks for Ferrari

Sebastian Vettel says the upcoming weeks will be important for Ferrari to learn how it needs to develop over the course of the 2019 season.

The Scuderia outfit has endured a tough start to the year, with rivals Mercedes taking three consecutive one-two finishes, while Ferrari has racked up just two podium finishes.

In China, data showed that Ferrari had a significant advantage down the straights, but was losing out through the corners.

Vettel says that Ferrari must work to understand why it is missing out and come up with a plan to get on top of the problems.

"We have a very strong car, there's nothing wrong with it, but I think we're not able to yet put it in the window," said Vettel. "Especially for myself, here and there.

"I'm not entirely happy yet compared to where we started off. Obviously the three tracks we've been to now are quite different. The conditions we had are different.

"But I think we start to see a sort of pattern and - especially throughout a Grand Prix distance - understand what we need, what I need, to really unlock this car.

"These couple of weeks and the next weeks will be very important for us to understand where we need to go in the next months."

Vettel not thinking of retirement

Recently, former F1 supremo Bernie Ecclestone suggested that the German could be thinking about ending his F1 career soon.

However, he says that he is not thinking about retirement as he feels "on top of my game" and is still enjoying the competition.

“I’m not going to be in Formula 1 as long as he [Ecclestone] was, that’s for sure. But I hope I’m going to be as fit and as sharp as he is today when I’m hopefully that old.

“I don’t know, to be honest. At the moment I feel on top of my game, I feel that I know what I’m doing. I’m very, very self-critical, very ambitious and I put a lot of expectation on to myself.

“I love driving, I love the sensation of the speed, I love fighting with these guys so there’s a lot of things that at the moment I really like and I’ll miss so that’s why it’s not an option to quit tomorrow, I’m quite happy to race.

"And then, yeah, I’ve got the contract but that’s a piece of paper and then we see what happens.”