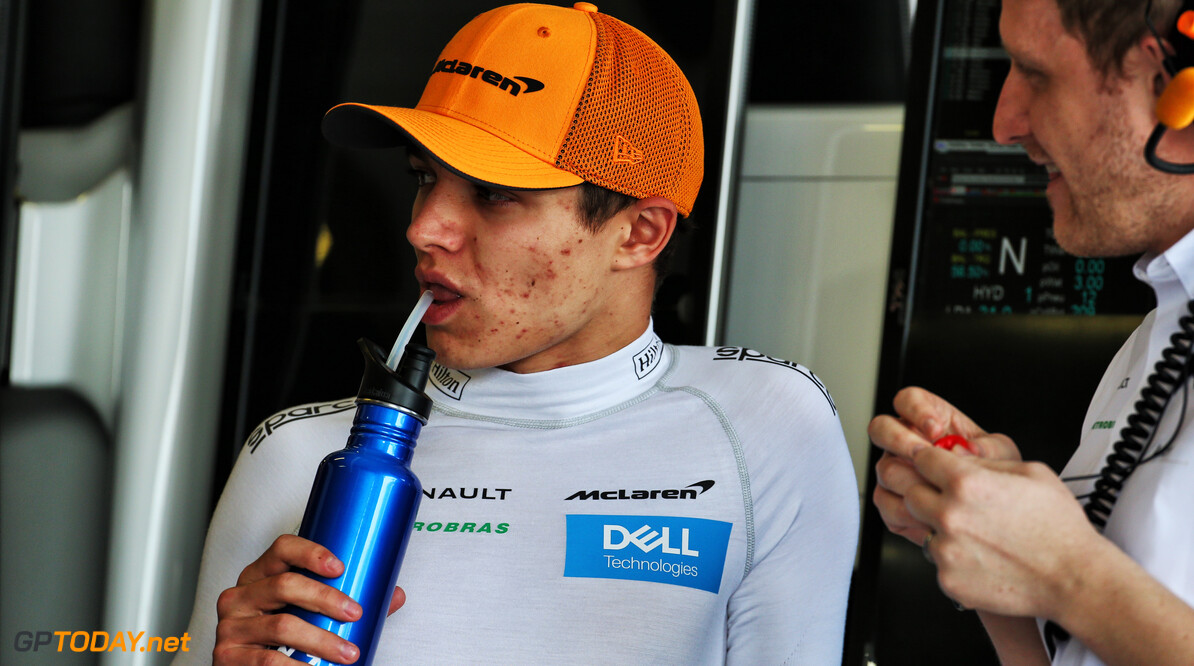 Norris hoping to see 'more racing and overtaking' in China

Lando Norris hopes that he will be involved in more on-track battles in China after he fought his way up the field in Bahrain two weeks ago.

The Briton will take part in his third Formula 1 Grand Prix on Sunday, and arrives in Shanghai in positive spirits after picking up a sixth-place finish last time out -  marking McLaren's best result since Australia, 2018.

The Woking squad appears to be on a path of recovery after a number of difficult years, and Norris is aiming to keep the momentum going this weekend.

“Another race and another new circuit," he stated. "I’m looking forward to trying out the Shanghai track for the first time, I've done plenty of practice in the sim so now I'm excited to drive it for real.

"Last weekend went well for us in Bahrain, I'm going to try and carry that momentum forward to the Chinese Grand Prix. From what I've seen this looks to be a fun track, so hopefully we will see some more racing and overtaking."

Norris also confirmed that he will be running a special helmet to celebrate Formula 1's 1000th race, which will be held this weekend.

"I have a one-off helmet design for China to celebrate the 1,000th Grand Prix race. It’s really exciting to be taking part in this special occasion on only my third F1 entry."

With F1's midfield battle once again looking to be a close encounter throughout the year, McLaren's sporting director Gil de Ferran expects that there will be a change in the midfield pecking order this weekend

"The nature of the street circuit in Australia and night race in Bahrain have worked well for us, however the Shanghai International Circuit has very different characteristics to these previous tracks, which could again shift the competitive balance between the teams .

"Regardless, there is no shift in our focus for China, which will be maximising each day of the weekend, hopefully making a step forward in performance and ensuring that we perform well on Saturday to give ourselves the best chance for Sunday."