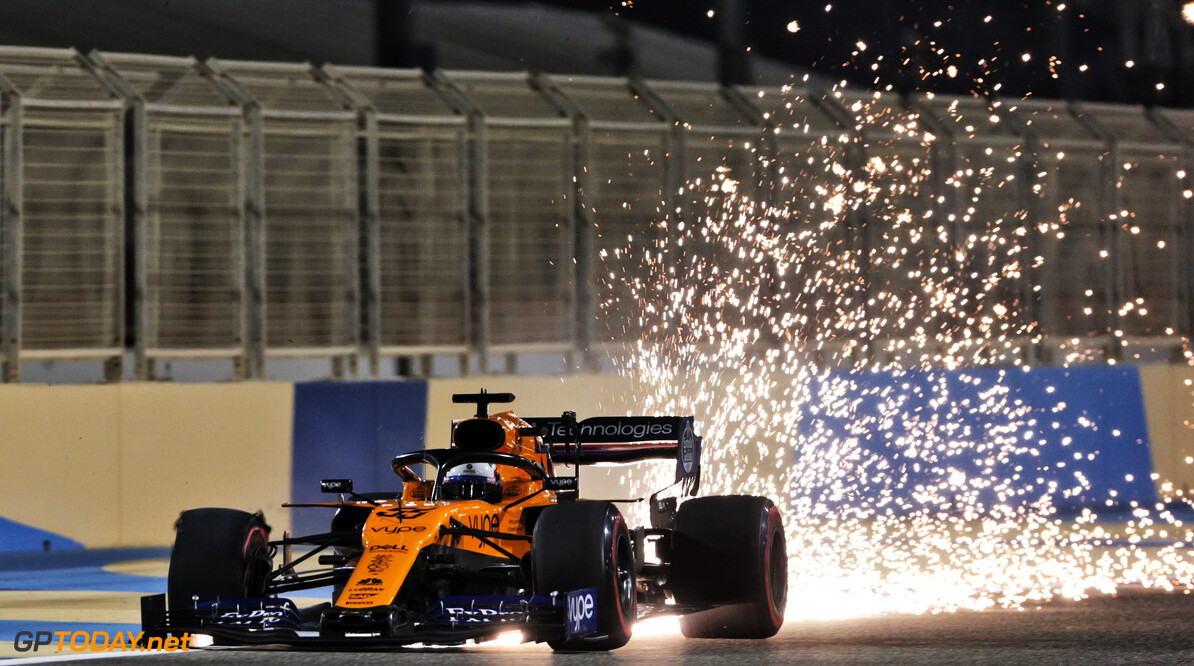 Carlos Sainz says that he won't complain about his crash with Max Verstappen, despite it putting an end to a chance of scoring some strong points in Bahrain.

Sainz was running in sixth place early on in the Grand Prix on Sunday and was challenging Verstappen into Turn 4, attempting to overtake his former teammate around the outside.

However, Verstappen kept his car on the inside and the two came together, which resulted in a puncture for Sainz, who had to limp back to the pitlane for repairs.

The Spaniard would eventually retire from the race but has backed the Stewards' decision to be more lenient over handing out penalties.

“I attempted a move on Max around the outside and got the worst part of it,” Sainz said. “He just hit me really hard, it was a big hit, I thought the car was destroyed In the end I got a puncture, I could continue but I got definitely the worst part of it.

“Let them race, that’s the rule nowadays,” he said. “So I’m not here to complain about ‘Max should have got a penalty’. He shouldn’t.

“I just know that he went really hard into the corner, he braked really late for being on the inside, he got in the kerb, he hit me very hard.

“I just know that I had to try that move. I think it would have been really bad not to attempt that move around the outside on Max.”

Verstappen gave his account of the situation, saying that he attempted to avoid a collision when Sainz turned in.

"He tried to go around the outside and brake late and then I guess he didn’t see me anymore on the side because with these cars you are just blinded what’s happening next to you," Verstappen said.

“So I braked late and I saw he just turned into the corner so then I had to avoid the accident so I went onto the kerb and we still clipped with the wheels. It’s unfortunate but I guess he didn’t expect me to be there still.”