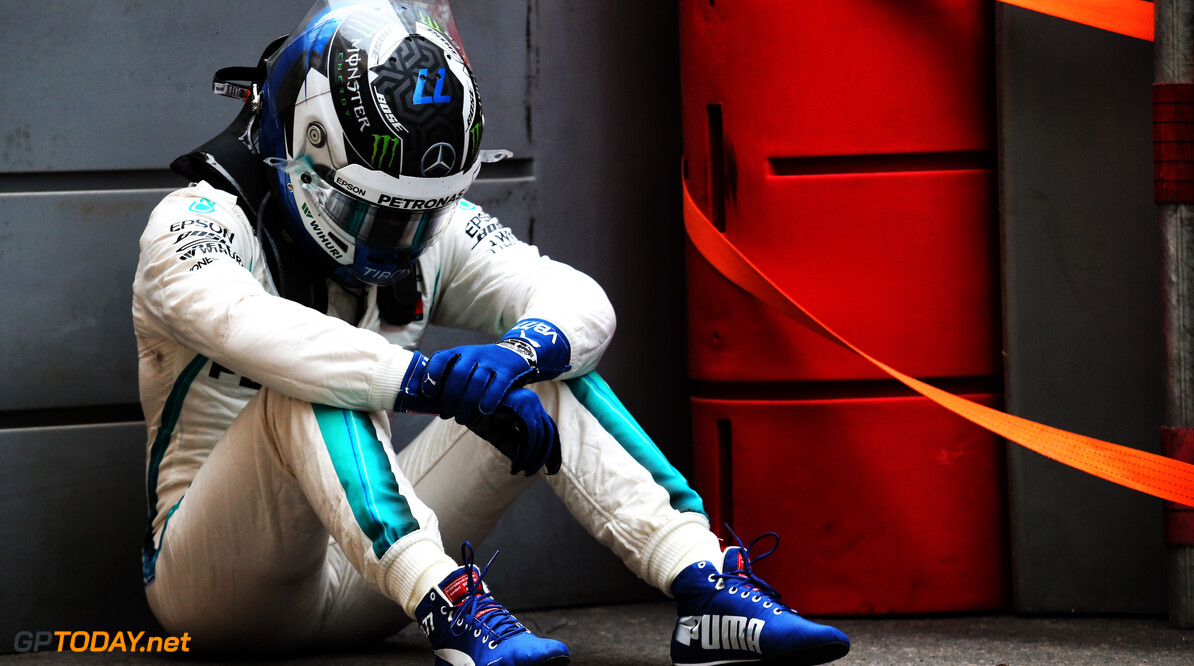 Valtteri Bottas says that he broke down and cried like a baby following the Azerbaijan Grand Prix, where a race victory was snatched away from him in the final laps of the race.

Bottas inherited the lead by not pitting when his rivals did and benefited from a timely safety car, which promoted him to the head of the pack. However after the safety car restart, he ran over debris that was deposited after a collision between Kevin Magnussen and Pierre Gasly.

He then suffered from a punctured rear right tyre which put him out of the race, gifting the win to teammate Lewis Hamilton. Speaking in an interview with Mercedes, Bottas revealed the extent of his emotions following the loss.

“I remember just before the moment I had such good confidence and I felt everything was under control. I knew I’m going to take a little bit of luck and win the race but I hit some debris on the main straight which I didn’t see and had a puncture and the race finished there.

“A couple of races before that I nearly won, I was second a couple of times, and so I was really looking forward to winning my first race of the year but it never happened.  Afterwards I could see the disappointment in the whole team. I got a lot of support from everyone.

“When I got back to the hotel I crashed completely, I dropped on my knees and I was crying like a small baby. But then I got up and decided one failure is not going to put me down.

The Finn highlighted that it was an example of the brutality that comes with F1: “Unbelievable, three laps before the end, because of a completely senseless manoeuvre he ran over debris, punctured a tyre and had to retire. This was a typical, super-cruel moment of Formula 1.”