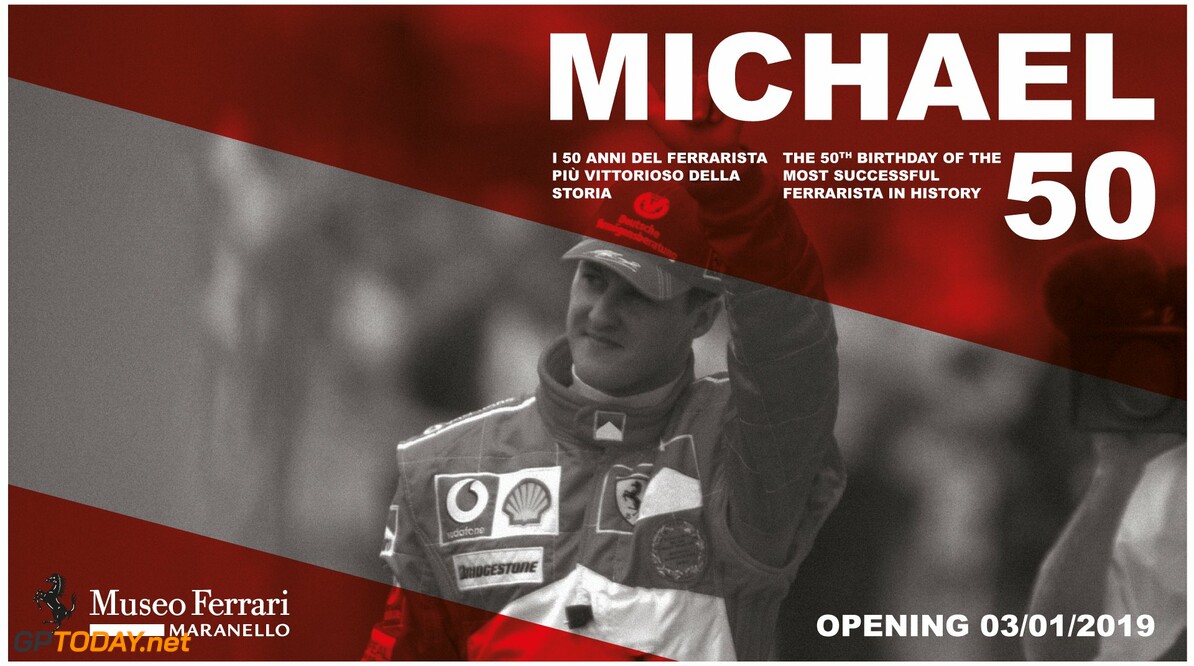 Ferrari has announced that it will open an exhibition at its Maranello museum in light of Michael Schumacher's 50th birthday. The German will celebrate turning the milestone age on January 3rd.

Schumacher found much of his Formula 1 success with Ferrari, winning five world championships with it between 2000 and 2004. After spending ten years with the Italian outfit, he retired from F1, only to return in 2010 with Mercedes for three seasons.

"It is intended both as a celebration and a mark of gratitude to the most successful Prancing Horse driver ever," read a statement from Ferrari. "The Museum’s rooms will look back over the memorable seasons that the seven-time World Champion gifted to all Ferraristi, and that created a legend now bigger than ever in the hearts of all fans.

"The exhibition will also show Michael's crucial contribution to the development of extraordinary GT cars in his years at Maranello, as a driver and later as a consultant."

The exhibition is being launched in conjunction with Keep Fighting Foundation that was set up in 2016, three years on from the seven-time world champion's skiing accident that left him with severe head injuries.