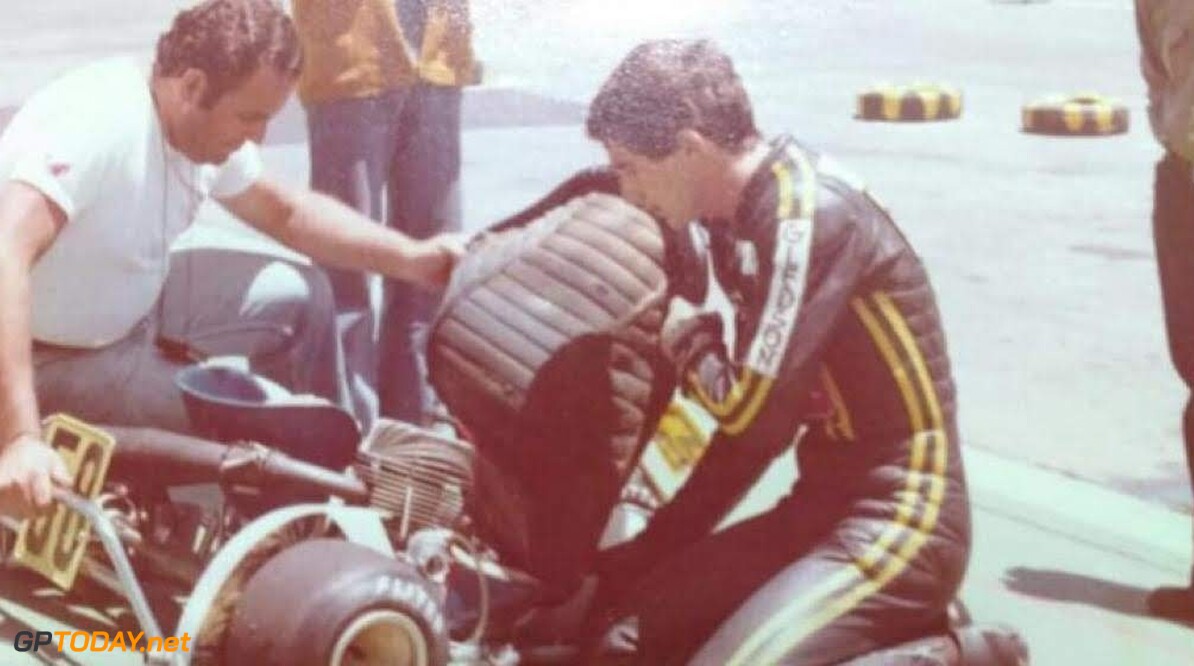 From his first meters in a go-kart, Ayrton was a perfectionist. When he came back late in the afternoon from an afternoon of practice, he insisted on taking the whole kart apart and inspecting every piece. No matter how long it took, Ayrton was always working late in his garage and only went to bed when he was finished.

The beginning of competition

At the age of 15, he won the most important title in the entry category of Brazilian karting, the Sao Paulo Go-Kart Championship. In a championship consisting of ten races, Ayrton won the championship by winning five races and scoring three second places. The 1975 season brought him even more titles: He won the Canovas Tournament twice, the Go-Kart 50 Miles and the Itacolomy National Tournament.

In 1976 Ayrton won the three-hours of Sao Paulo on the kart circuit next to the Reta-Oposta of the Interlagos circuit. Ayrton drove together with Sergio de Carvalho in the number #22 kart. The field still had a number of well-known names like Chico Serra, Antonio Estellise and Alfonse Giaffone.

Back then many drivers at the age of 16 started karting. Nowadays they start much younger. That year, Ayrton was in the second category, the 100cc. As a boy, he was confronted by the more experienced drivers of the first category. The race had more than 180 laps and he was involved in a fight with Mario Sergio, one of the 'category one' drivers.

With a mini SS Parilla for team Rheem, Ayrton started the race in fourth place. After seven laps he was up to second and on the 39th lap, he took the lead off Chico Serra and Dyonisio Pastore. After that he and teammate Sergio de Carvalho dominated the whole race and after 182 laps, the chequered flag was waved.

The head of Gazeta Esportiva, Brazil's leading sports newspaper at the time, wrote: "Newcomers spark brightly". The race was one of the most discussed karting races in the country and the trophy was awarded by the Minister of Sports of Sao Paulo, Pompeu de Toledo.

In the race for the Brazilian karting championship at the Maqui-Mundi circuit, Ayrton competed against Rio de Janeiro-born Luiz Eduardo Lassance. Immediately after the start Ayrton, who had taken pole position, bolted away with Lassance. According to Autoesporte Magazine, which wrote an article about this race in 1976, Ayrton started on the hard rear tyres. This was because his bold driving style would be wear-sensitive. Lassance was the opposite, he drove at a solid pace and had a classic driving style.

Ayrton was worried about the puddles at a hairpin on the circuit. In an attempt to avoid the puddle, he allowed Lassance to pass up the inside and win the first race while Ayrton had to settle for second.

For the second round, Ayrton asked the race committee to dry the corner where he had his issue. At the start he had more traction than Lassance and took the lead. At this point, Ayrton thought the puddle at the hairpin was dry, but still he followed the same route as in the first race. And again Lassance passed him. Immediately after that Ayrton tried to take back the lead, but he drove into his competitor and spun. In the final classification, Ayrton finished third behind Lassance and Emanuel de Brito.

Ayrton's ability to give a humble analysis was already clear in an interview after the race: "Dudu deserved the win", he told. "I was just not an adult, if I had driven over that puddle of water, he wouldn't be able to beat me.

In 1976 Ayrton again came second in the 100cc category. He won the Canovas Tournament in the second category 100cc and won the "Le Mans" styled race on the Interlagos kart circuit.