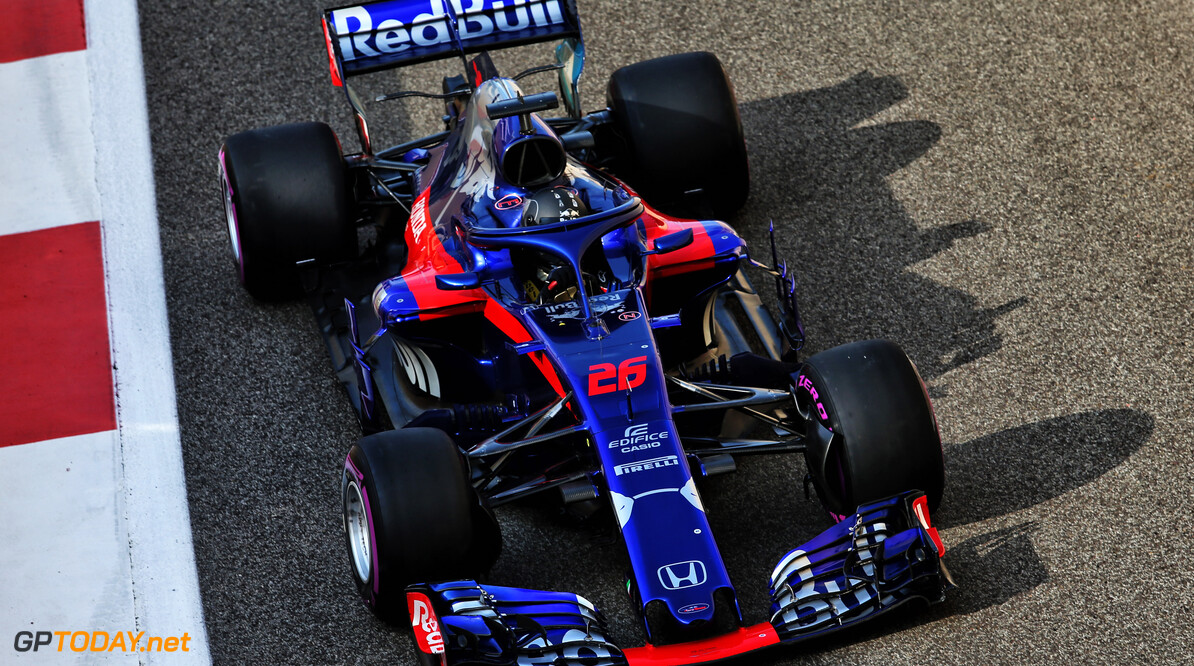 Daniil Kvyat says that he felt comfortable straight away on his Toro Rosso return at the Yas Marina Circuit. The Russian drove the STR13 at the second day of testing, which was conducted by Pirelli.

The Italian marque gathered data from prototype 2019 tyres over the course of two days. The testing commenced on Tuesday, with Sean Gelael at the wheel of the Toro Rosso on the opening day of running.

Ahead of his full-time return to Formula 1 next season, Kvyat racked up 155 laps at the test in the Honda-powered car, clocking a best time of 1:38.862 which placed him in eighth on the timesheets. And he says that there was no time to readjust to being in the cockpit.

"I think today was a very positive and good day as we covered 155 laps, which is about three Grands Prix in one day,” he said. “To be honest, I felt comfortable and confident straight away in the car which was great.

"What’s important about today was we were able to test a good amount of tyres for next year, gathering a lot of useful information and data for the team. I’m feeling really comfortable here and it’s great to be back, I’m really looking forward to next year.”

Toro Rosso team boss Franz Tost added: “We were all more than happy to see Daniil back in Toro Rosso for the second day of testing, and he was able to immediately show a good performance. We’re already looking forward to the next season, Daniil and Alex are very competitive drivers and we can’t wait to see them on track.”