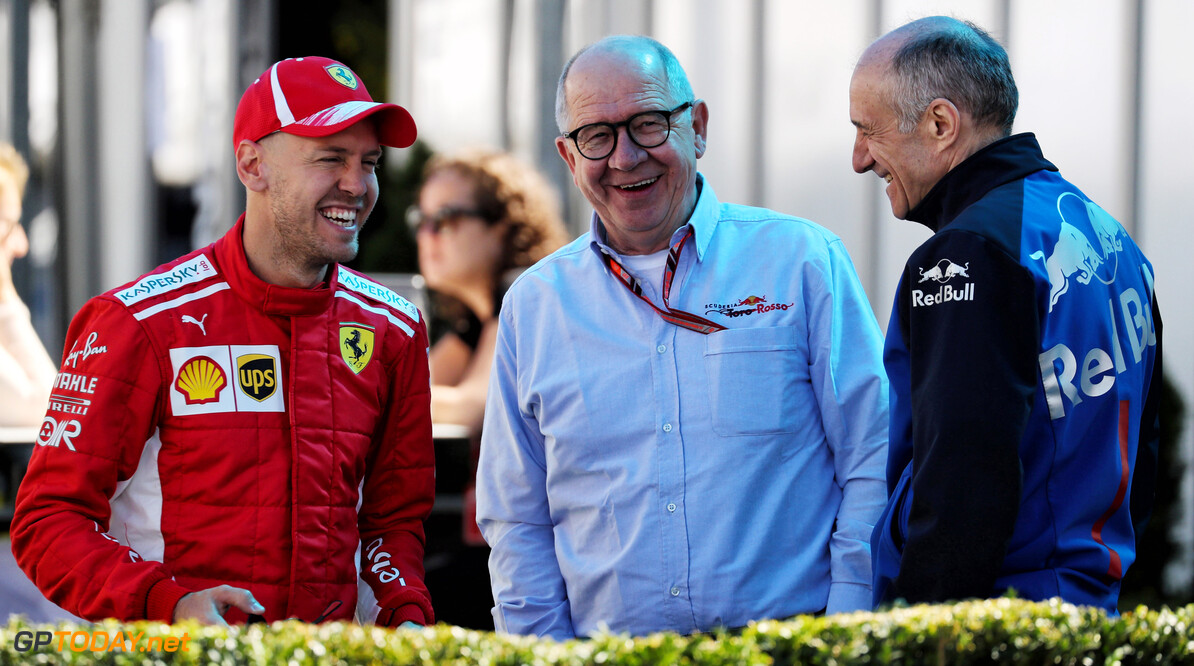 Last week it was confirmed that Vettel will leave Ferrari at the end of the 2020 season, leaving big question marks over his future in F1.

The German has been linked with a move to Mercedes alongside Lewis Hamilton, however the Silver Arrows affirms that Vettel is not their priority when it comes to confirming its 2021 driver line-up.

Tost, who worked with Vettel when the latter was part of the Toro Rosso team in 2007 and 2008, is sure that retaining a seat within the top three teams is Vettel's main goal.

“The end of something always means the start of something,” Tost told Formula1.com. “It really depends on what seat he gets. To fight for a championship, Sebastian Vettel is a driver of the calibre who can do this.

“He needs to get a seat in the first three teams. Then he has a real chance to win races and another championship. I know Sebastian quite well, and that is for sure his main target.”

With Mercedes yet to sign up its two drivers for 2021, only Max Verstappen is contracted at Red Bull beyond 2020.

Tost added that Vettel's current motivation lies in achieving success in F1 rather than settle for a lower-placed team in order to financially benefit.

“He is not a driver who just wants to be on the starting grid. If we’re doing a race now, he wants to win a race,” Tost said. It depends how the ingredients he will get together to achieve the goal.

“From the financial side, I don’t think he needs to continue racing, but drivers who have won championships, they don’t think so much of the money. Their motivation is to win races, to be successful. That’s the motivation, not the money.

“He’s only 32 years old, he’s a very high-skilled driver, and if he gets the correct package, if he’s sitting in a Ferrari, Red Bull or Mercedes, he’s still able to win races, and I’m also quite sure he can win another championship – it depends on which team he can drive for.”