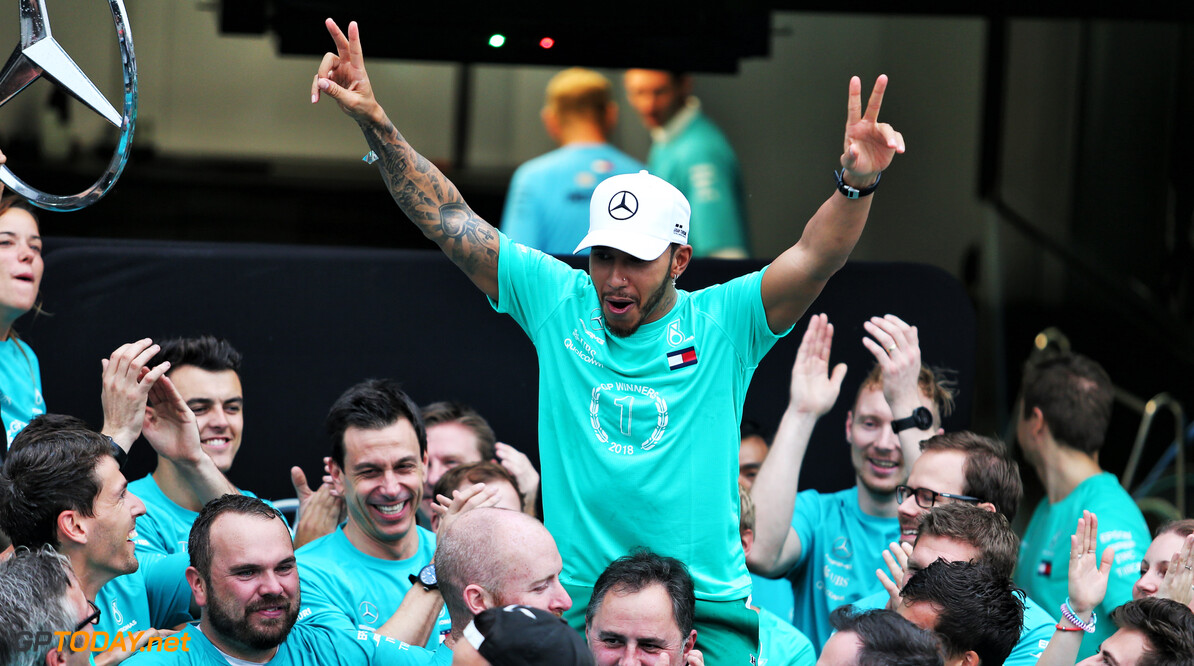 Mercedes boss Toto Wolff says that Lewis Hamilton was stronger following his title win in at the Mexican Grand Prix. At the following races in Brazil and Abu Dhabi, the Briton took victory, the first time he has done so in the same year after winning a world title.

Hamilton took the win in Brazil after Max Verstappen got caught up with Esteban Ocon when he was attempting to lap him. In Abu Dhabi, he was uncontested on his way to the victory after taking pole position the day before.

And since clinching his fifth world title with two rounds to spare, Wolff believes that he the 33-year-old got stronger: “He’s actually driven stronger after winning the drivers’ title,” said Wolff.

“But he said it felt incomplete and that we needed to seal the team's title. When you look at his face, that was almost more relief and happiness about sealing the constructor's title than the first one. And that’s why he just didn’t take his foot off the throttle until the very end, and that is somehow a new Lewis also.”

It was a successful year for Mercedes in general, as it won championships across the board: “We’ve had an exceptional year overall in Mercedes, with all the trophies that we’ve won, that is for me a highlight to say because we’ve managed to clinch the title with Mick [Schumacher] in F3 and George [Russell] in F2, and the virtual titles, the DTM success,” he said.

“So that is my first highlight, I would say, the combination of events of winning the DTM and F3 on one weekend, and then the drivers’ title in Formula 1 and then the constructors’. It just feels like a huge burden off of our shoulder. And the second highlight for me was Lewis’ Singapore qualifying lap, as a stand-out event.

“He was travelling the world to various fashion shows, launching his collection, and many people were saying on Thursday how can you allow him to be in New York and in Shanghai for 10 days and then come to the race. And then he just killed everybody on the track on Saturday.”