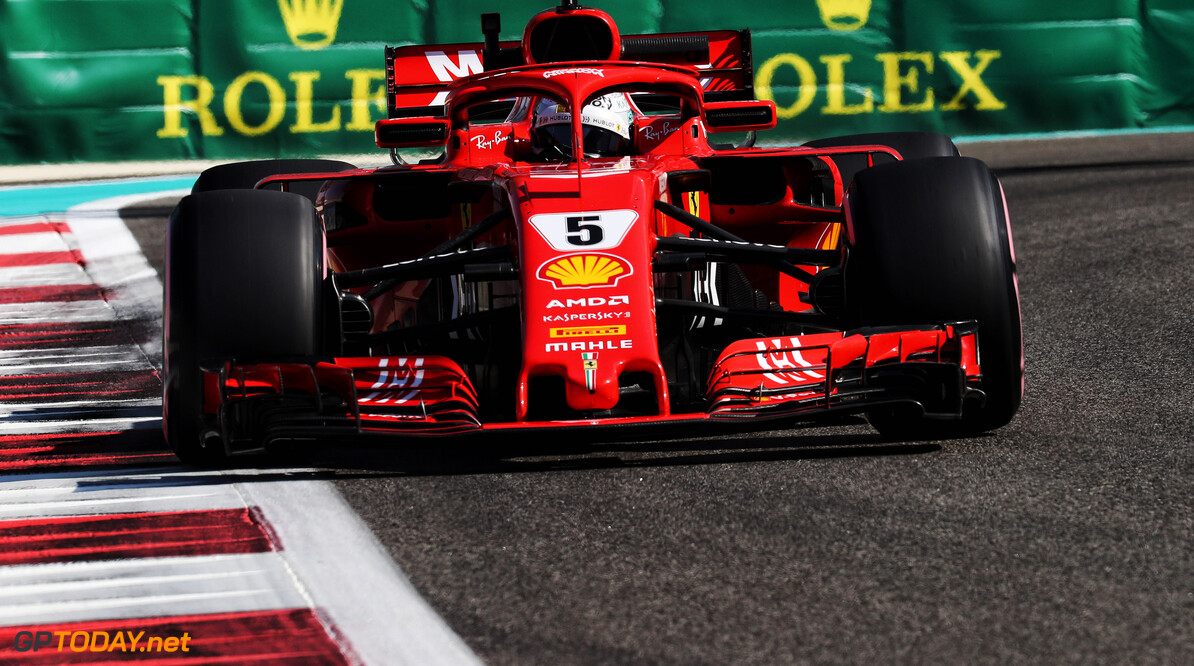 Sebastian Vettel believes that whoever can get on top of the Pirelli tyres on Sunday will take the spoils away from Abu Dhabi. Ferrari struggled throughout the day, with fifth being its best finishing position in both of the opening practice sessions.

Vettel was outpaced by teammate Kimi Raikkonen in free practice two, finishing the session in sixth place. Despite being just 0.333s down on pace-setter Valtteri Bottas, Vettel was far from happy with Ferrari's pace, stating that they "were not fast enough" around the Yas Marina Circuit.

Ferrari has never won at the Abu Dhabi circuit since it joined the calendar in 2009 and Vettel expects the rest of the Maranello outfit's weekend to be "tough", predicting a "tight" battle with its rivals Mercedes and Red Bull.

“I think it will be decided by the tyres,” Vettel said, having been heard over team radio complaining of tyre degradation in FP2. “Obviously Red Bull has been a bit strong in the races when it comes to tyres but as I said I am not entirely happy yet but in the evening it was better so let’s see.

“One lap we still have some margin and we should be okay tomorrow but for sure it is going to be tough and it is going to be tight. On the long run they didn’t last , but I was quite surprised on the short run that you could go again and have another attempt. That was something that we did not expect. It will be difficult and today we were not fast enough.”