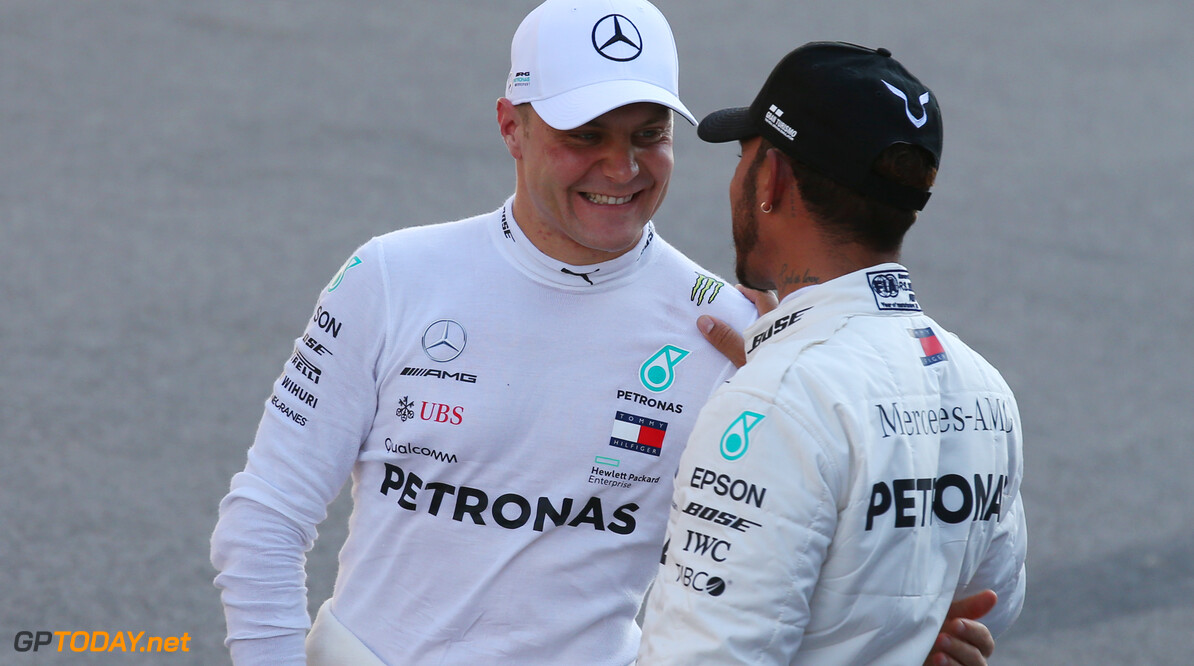 Mercedes boss Toto Wolff says that the mood in the Mercedes camp is much more harmonious with Lewis Hamilton and Valtteri Bottas as teammates compared to what it was like when Nico Rosberg was still with the Silver Arrows.

Prior to Rosberg's retirement in 2016 following his championship success, Mercedes endured three years of tension as Hamilton and Rosberg went head-to-head for the title, with Hamilton coming out on top twice before Rosberg got the better of the Briton.

Since Bottas has joined the team, Hamilton has clinched a further two titles, with Ferrari's Sebastian Vettel being his main rival, not his teammate. Wolff says that there is a noticeable difference within the team since the two became partners in 2017.

Bottas is yet to win a race this year, but Wolff doesn't think Hamilton will let him have one easily: “Lewis is very much out there to win as many races as possible, and championships,” Wolff told Sky. “And no driver wants to give up a race victory. I think Valtteri needs to get it himself and this is how it should pan out.

"This is Alice in Wonderland now compared to what we had before. They are yin and yang. And I’m not saying that in a negative way, every driver has his own way of trying to achieve success. But Valtteri is an absolutely cool Finn. I don’t think that he even realises if something is being manipulated. So it’s a great relationship between the two.”

Bottas was forced to give Hamilton the lead of the race in Russia to boost Hamilton's championship hopes, despite the Finn leading the race through merit: “I always said these handcuffs existed because Lewis had such an advantage in the championship," Wolff said. "We never said they didn’t exit.”

Bottas' other best opportunity at a win in 2018 came in Baku when he inherited the lead from Sebastian Vettel after a conveniently timed safety car. However, a puncture in the final laps gifted victory to Hamilton and forced Bottas to park up and retire.

"It would have been 25 more points for Valtteri that one race. I think we [also] would have gotten the constructors’ championship by now," Wolff added. "He would have been in [with] a shot for the championship. And then obviously it’s very difficult to say ‘you need to drive for the other driver’, that doesn’t go.”