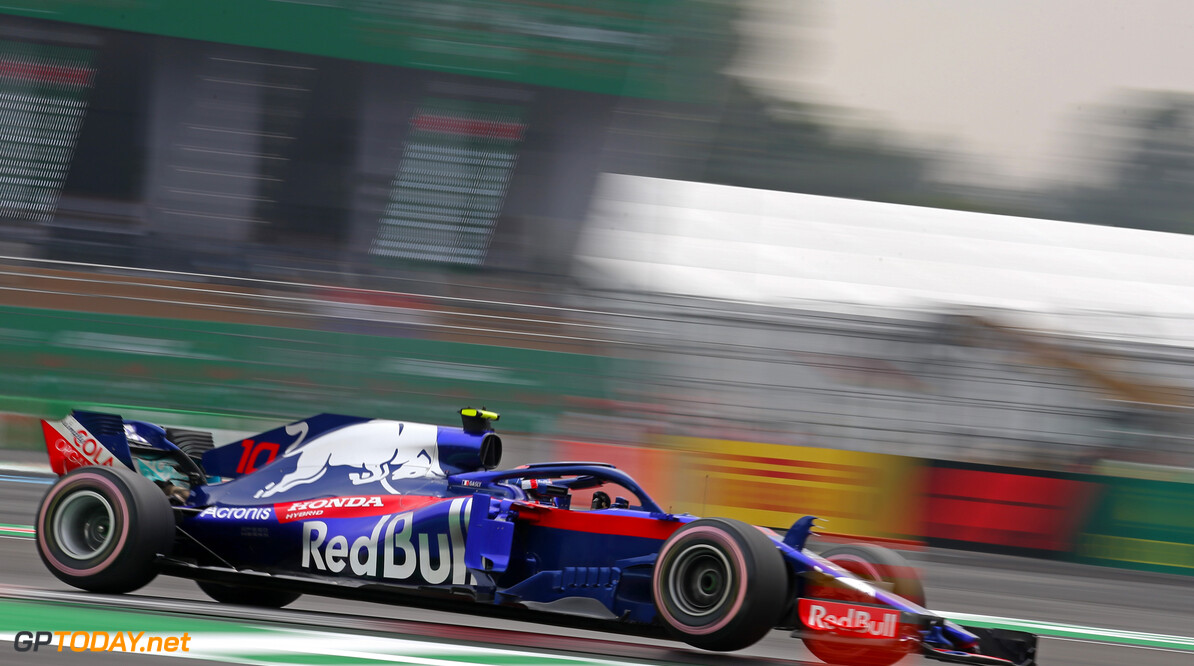 Pierre Gasly was not pleased with compatriot Esteban Ocon following a battle between the two at the Mexican Grand Prix. Gasly was chasing the Force India driver on fresh tyres, and attempted a pass around the outside of Turn 4.

Gasly ran wide off the track, which the stewards put down to a lock-up, but Gasly says that he was put wide by the Mercedes junior. The Toro Rosso driver criticised Ocon after the race, saying that it is "always the same thing" with him.

"With Ocon it’s always the same thing. I’ve known him for a long time, there are a lot of chances that things happen,” Gasly said. “I think he wasn’t very happy that I had started last and managed to overtake him, so he pushed me wide and I had to go off track.

“I could have forced my way in Turn 5 and we would have had contact, but it wasn’t worth it, as I could have another go after that. For me it wasn’t fair, because you leave the space for one car, but if they say you can race aggressively, I don’t mind.”

Gasly pointed out an incident that happened earlier in the year, when he received a five-second time penalty in Great Britain after pushing Sergio Perez wide in the final stages of the race.

“I think compare it with many other situations, like with me in Silverstone, so it seems to be quite a grey area, as normally you should leave space for one car and clearly there wasn’t space for one car there,” he said. “In the end I don’t care, because I finished ahead of him [Ocon] and I scored one point, and he didn’t score points.

“I’ll try to speak to Charlie about it, just to know, because if this is allowed then I know what I can do,” he said. “I need to look at the footage again, but from the cockpit it looked too aggressive for me, I had to go off track. Probably if I had finished behind him, I would have a different view, but today I finished in front.”