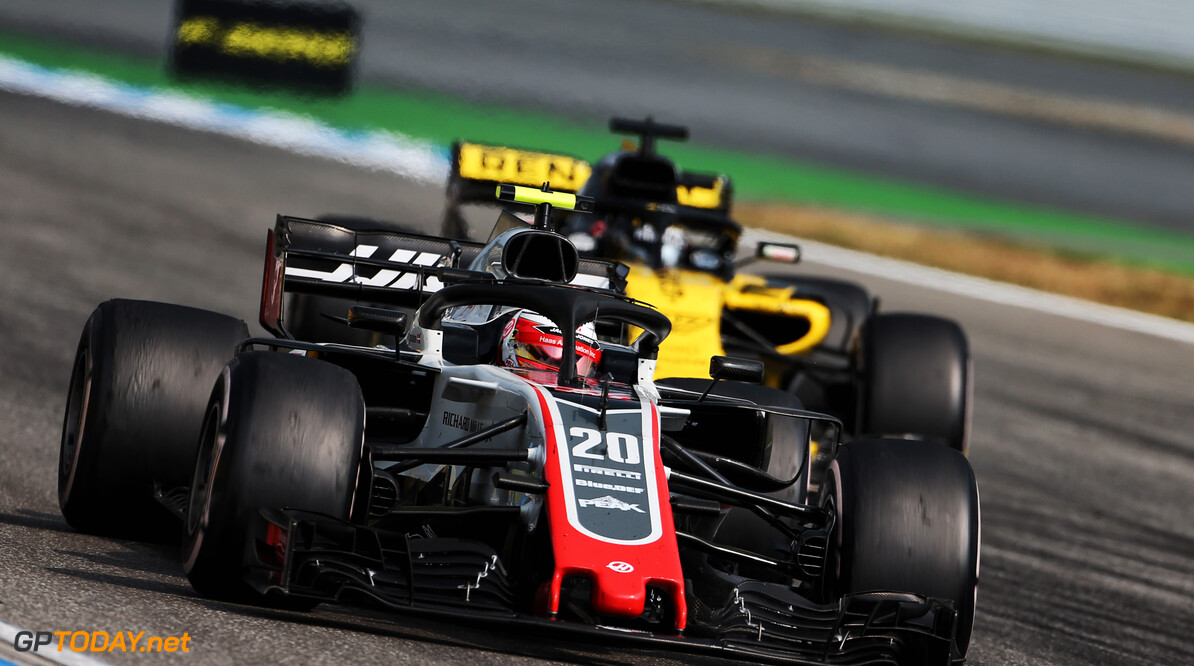 Steiner believes Renault is getting desperate against Haas

Haas team principal Guenther Steiner says that Renault is getting desperate in its attempts to keep Renault behind in the constructor's standings. Renault currently leads Haas by eight points as the two battle to finish the season in fourth place.

Steiner says that Renault's desperation became evident after the Italian Grand Prix when the team reported Haas' car, believing it to be illegal. An investigation followed and Romain Grosjean's sixth-place finish was stripped after it was found his floor was not in compliance with regulations.

Renault has slipped away in the second half of the season and is struggling to finish ahead of the Amercian team at recent races. It is believed that the Enstone squad has switched most of its focus onto the 2019 car.

"I’m sure they know they have dropped their performance and not helped themselves so they can have nobody to blame,” Steiner said. “If they have confused themselves even more that is good for us, I am not against it.

“You could see they were a little bit desperate when the put in the protest against us in Monza. They will try anything they can do instead of focusing on themselves to get better.”

Steiner is hopeful of getting the better of Renault but says that the team is no rush to get the job done: “I don’t want to catch them quickly, as long as we catch them after Abu Dhabi I am fine. Perfectly fine with that one. I am no hurry,” he said.

"It is still difficult. I know we have four races to go but they were not very strong this weekend and they were luckier than us scoring a point but there performance and pace wasn’t very good. That doesn’t mean that they will be in Austin or Mexico.

“So we need to keep our guards up and do a good job. We are not there yet and we will for sure fight but there is still a long way to go, four races, and 20% of the championship.”