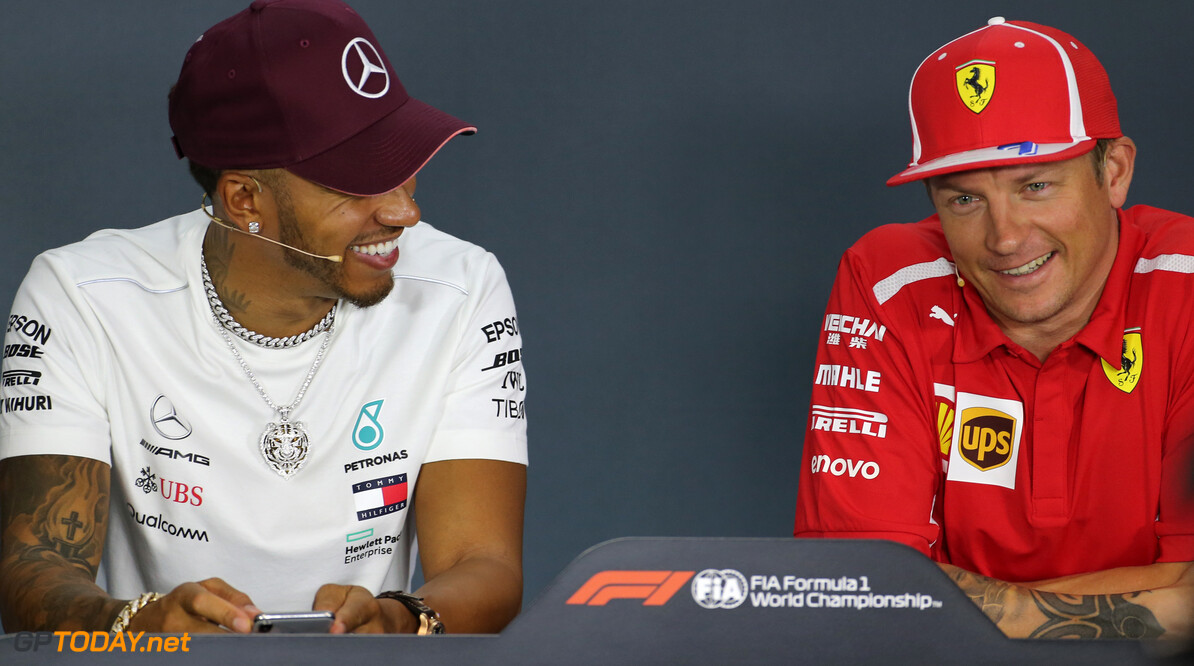 Lewis Hamilton says that Ferrari will be losing a strong driver at the end of 2018 when Kimi Raikkonen departs the Maranello team. Ferrari confirmed last month that it would promote its junior driver Charles Leclerc, despite this year being his rookie season.

Raikkonen has raced for Ferrari since 2014, which is his second stint with the team. The Finn remains the most recent driver to win a championship for Ferrari, which was back in 2007. And Hamilton has questioned the thinking behind his Ferrari exit.

"I don't think Kimi is going to change in the last races," he said. "He is an extraordinary professional and a fantastic driver. He remains one of my favourite drivers, and I'm convinced that Ferrari is losing a very important driver. It does not make sense to me."

Despite the fact he'll be leaving Ferrari, the Iceman will stay on the grid next year as he signed a two-year deal with Sauber. The Swiss team is currently resurging and will be hoping for an even stronger 2019 season with Raikkonen part of the team.

Another team that will be hoping to be successful next year is Red Bull, who will switch to Honda power. The energy drink squad has been well out of the championship hunt this year, leaving the battle to Mercedes and Ferrari. But Hamilton hopes that a third team can join in soon.

"We need a third strong team," he said. "Otherwise it's boring - I want to have more of these guys to beat. Red Bull has been building a great car for years, but I often wonder if the management there is always making the right decisions," he commented.