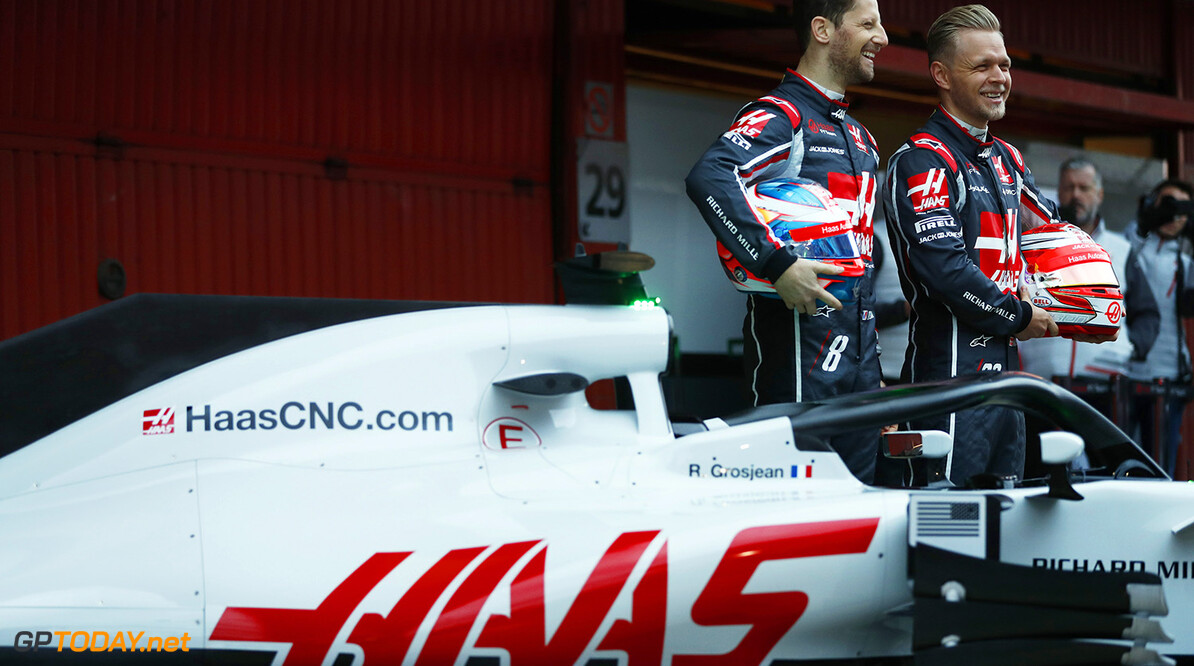 Haas retains Grosjean and Magnussen for 2019

Haas has confirmed that it will continue with its line-up of Romain Grosjean and Kevin Magnussen for a third consecutive season. Grosjean has raced with the team since 2016, the year it made its debut in Formula 1.

Magnussen joined the squad one year later, replacing Esteban Gutierrez who failed to perform in his one year stretch with the American squad. After a successful first two seasons in the series for a new team, its results have vastly improved in 2018.

The team is currently locked in battle with Renault for fourth place in the constructor's standings. At the Italian Grand Prix, it briefly moved up into the 'best of the rest' position, before Grosjean was disqualified for an illegal floor.

Haas' decision to stick with its current line-up doesn't come as a surprise, as Charles Leclerc and Antonio Giovinazzi, who were both rumoured to be in contention for a seat, have since signed deals to race with Ferrari and Sauber respectively next year.

“From the very beginning, we needed experienced drivers to hasten the development of our car and our team, and we have two very good and experienced drivers in Romain Grosjean and Kevin Magnussen," said team principal Guenther Steiner. "We’ve improved drastically from last year to this year, so retaining both drivers was a pretty easy decision."

While Magnussen was expected to be confirmed for next year, doubt lingered for a long time over Grosjean, who had a turbulent start to the season. However, after picking up his first points of 2018 in Austria, he has improved his form and results.

Haas is currently sitting on 76 points, which is almost double its tally from last season. Speaking ahead of the Russian Grand Prix, Steiner stated that he thinks the 100 point barrier should be broken by the end of the year in order to beat Renault.

“I think the 100-point barrier should be and will be broken, and we’ll do it with Romain and Kevin,” he said. “Both drivers push each other to be better, and their collective feedback allows us to be better. It’s not a coincidence that in their second year as teammates, Haas F1 Team is having its best year. By keeping Romain and Kevin together, we aim to do even better next year.”