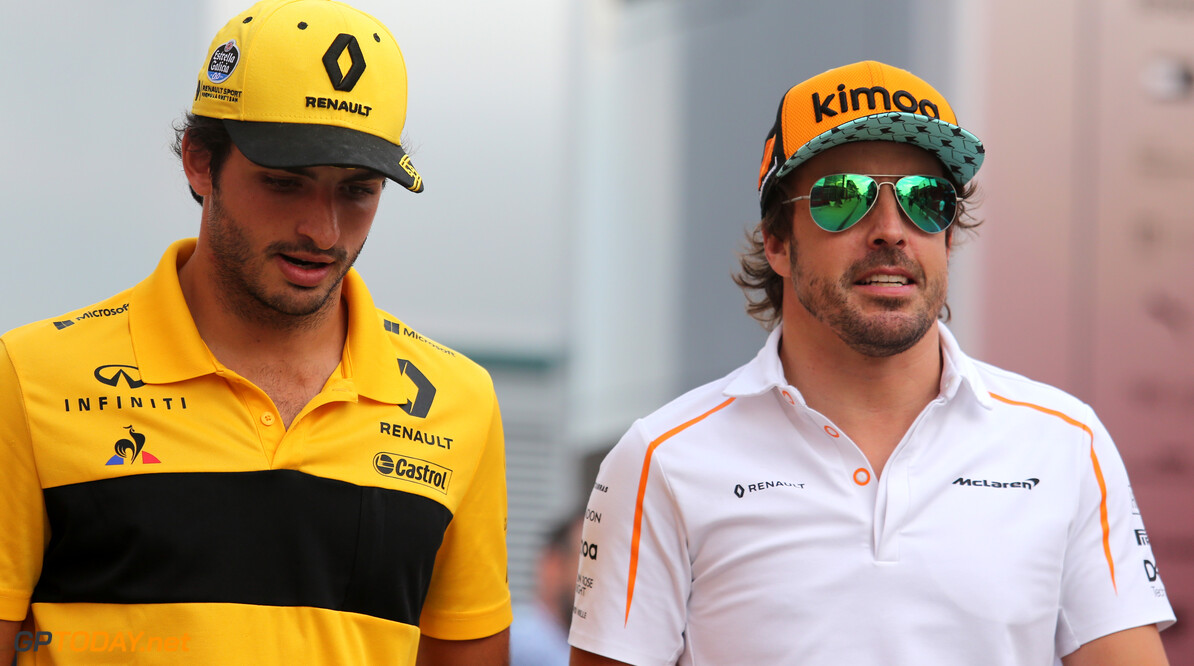 Carlos Sainz says he hopes to keep up his close relationship with Fernando Alonso after Alonso departs the sport at the end of the season. The double-world champion confirmed last month that he would be walking away from Formula 1 after 17 years.

Sainz was soon confirmed as his replacement at McLaren for next year. The pair has enjoyed a close relationship since Sainz joined the grid in 2015 and the Renault driver has commented multiple times on how he idolised Alonso when he was making his way through the racing ranks.

And Sainz wants to retain the bond he shares with Alonso next season when he takes his seat at the Woking team: "Probably Fernando and myself are the most open drivers between each other," admitted Sainz.

"If we have to tell each other a little secret, we do tell it, because of the trust. I hope next year, it is maybe a bit more, now that he will not be in F1 and we are not on-track rivals any more.

"Hopefully we can keep that relationship and develop it because I think it can only be positive for me. I know that I can always pick up the phone and give him the call because every time I have needed him on something, he’s been there for me."

And McLaren boss Zak Brown says that a closeness between the two next year will in no way harm Sainz:  "It will certainly not hurt," he affirmed. "As he stated, he’s a huge fan of Fernando’s.

"It feels special to him and I think that is what you want from a driver, you want them to feel like they are in a special environment. Fernando being around, maybe from his point of view, he feels like he’s replacing Fernando. To him, if that feels special and motivates him, then that is a great thing."