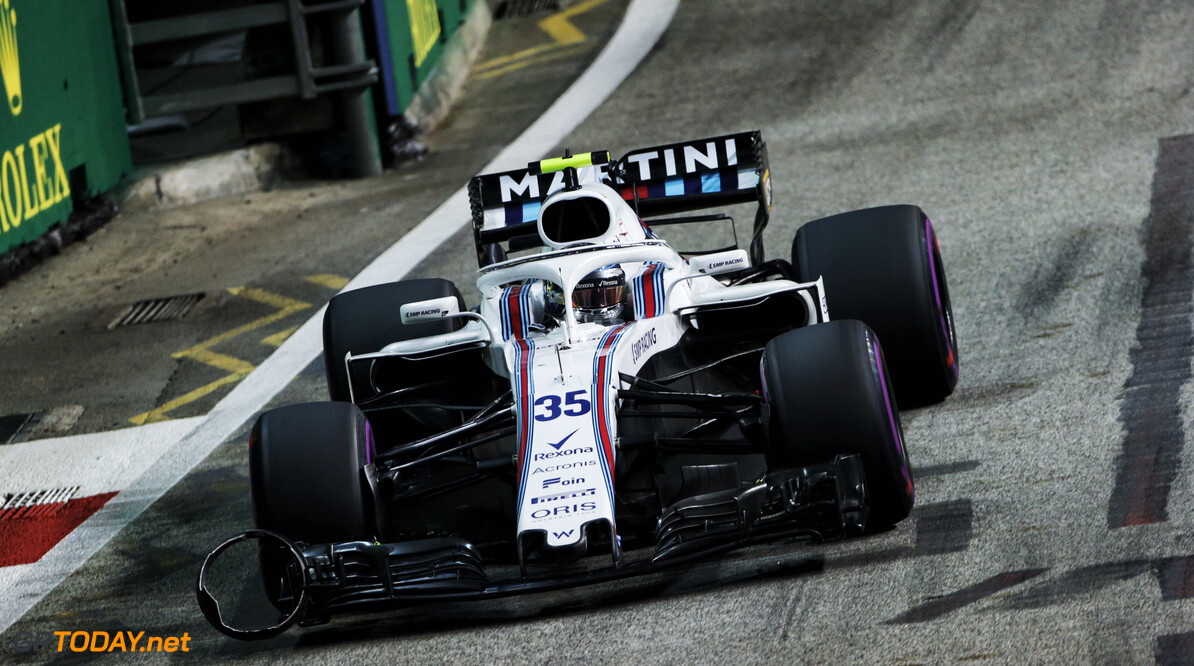 Sirotkin "gave it everything" in Singapore

Sergey Sirotkin says that he fought every moment during the Singapore Grand Prix. The Russian driver was involved in a number of on-track battles, most notably against the Force India of Sergio Perez.

Perez followed Sirotkin for a number of laps and grew frustrated over not being able to get past. Eventually, he managed to pull alongside the Williams driver but the two made contact on the run down into Turn 18.

Sirotkin's car sustained substantial damaged but speaking after the race, the 22-year-old said that it was a survival race and he gave it his all: “It was a fight," he stated. "I fought all my way through, I was fighting and squeezing every single moment.

"We were in a good position at the beginning of the race, and up to the point of contact with the Force India car," the former GP2 driver continued. "This caused a lot of damage to my car and after that it was more about survival.

"It’s a difficult track to overtake, so I still fought as hard as I could to protect the car and keep my position, but lap after lap, it was becoming more difficult and the car was falling apart. I gave everything in terms of myself and with the car to bring the best performance home.”

SIrotkin entered the Singapore weekend one race on from picking up his first point in F1. Williams chief technical officer Paddy Lowe praised Sirotkin for his and effort commitment throughout the race.

“Sergey did a fantastic job, managing the tyre and his pace, keeping traffic behind him under a lot of pressure," he said. “He ultimately got caught up in an impact with Perez, and that ruined his race otherwise he could have been looking at quite a good finishing position.”