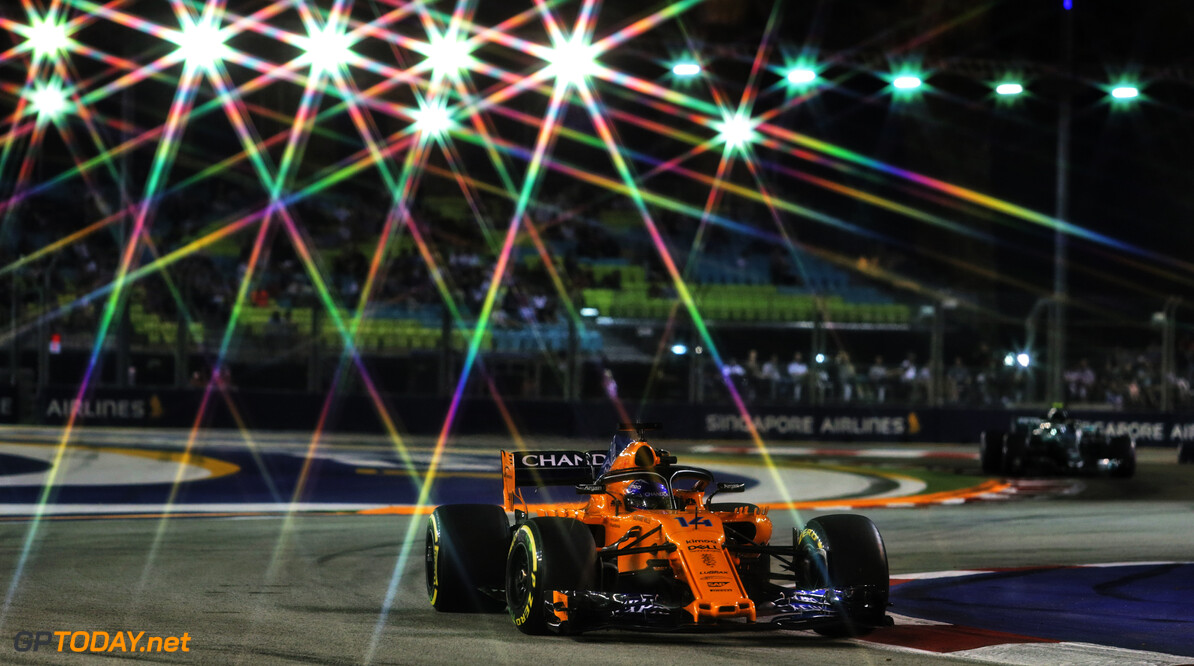 Fernando Alonso is hoping that his P11 qualifying position will benefit his strategy during the Singapore Grand Prix on Sunday. Alonso will be able to decide which tyre compound to start the race on, as he failed to advance into the final stage of qualifying.

Drivers who will start on the hyper soft tyre are expected to run a two-stop strategy, while those who start on a harder compound could make it to the end by making just one pit stop.

McLaren will be hoping to score points after two difficult weekends. Alonso stated that the Woking team is now back to "normal competitiveness" and is targeting to finish inside the top ten to collect its first points since Hungary.

“We have been competitive all through the weekend here and this qualifying result is good," Alonso said. "We got back to our normal competitiveness and I’m happy about that. We knew that we were borderline on the Q3 cut-off, but starting the race from ninth or 10th on hyper soft tyres can be a big disadvantage tomorrow, as those tyres seemed to have quite a lot of degradation yesterday in the long runs.

"So I’d rather be 11th with a free choice of tyres, and hopefully we can benefit from that. It would only be worth being in Q3 if we were fifth or sixth. In ten years of racing here, there has been a 100 per cent record of Safety Car periods, and we need to be ready for that in case there’s an opportunity, or a window to stop and change tyres.

"It’s a long and challenging race tomorrow and we need to stay focused and fight for points, but first of all we need to see the chequered flag. Reliability-wise, we haven’t been too strong recently, and we need to change that,” the double world champion added.