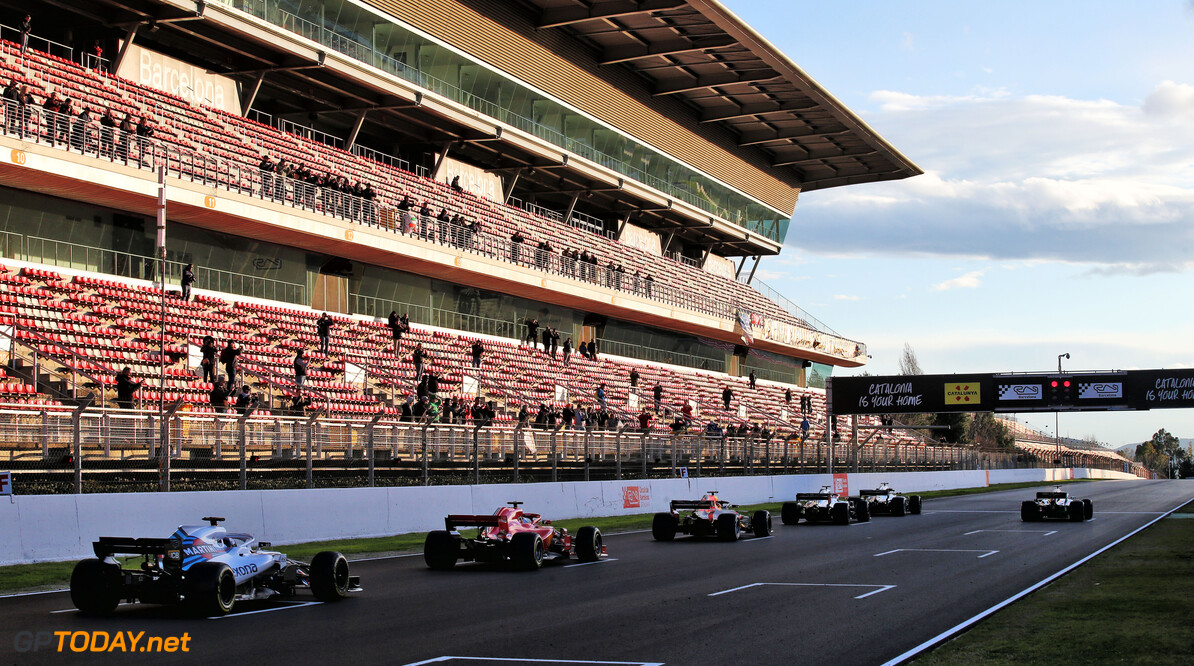 Grosjean: "Standing start could be chaos and dangerous"

Fernando Alonso says he is not worried about a new race start procedure for 2018. At the Barcelona test, drivers simulated a new procedure where a race is re-started from the grid on old tyres after a red flag stoppage.

Afterwards, Romain Grosjean sounded the alarm. "It was like driving on slicks in the rain," he said. "On cold rubber, the car was uncontrollable. "I have concerns about safety," said the Haas driver. "The restart could be chaos and dangerous." Grosjean said he will be in touch with GPDA director and Charlie Whiting with his concerns.

However, F1 veteran and double world champion Alonso says he is not worried. "I don't see any problems," said the McLaren driver. "Of course, when the track is cold we will have to concentrate more on warming up the tyres, but it's the same for everyone."

Meanwhile, Grosjean also expressed concern about the new 'Halo' device, with some fans saying they cannot identify their favourite driver's helmet any more. "Perhaps we need to work on the design," said the Frenchman. "Could we paint it in the colours of the helmet? We'll have to think about it." (GMM)