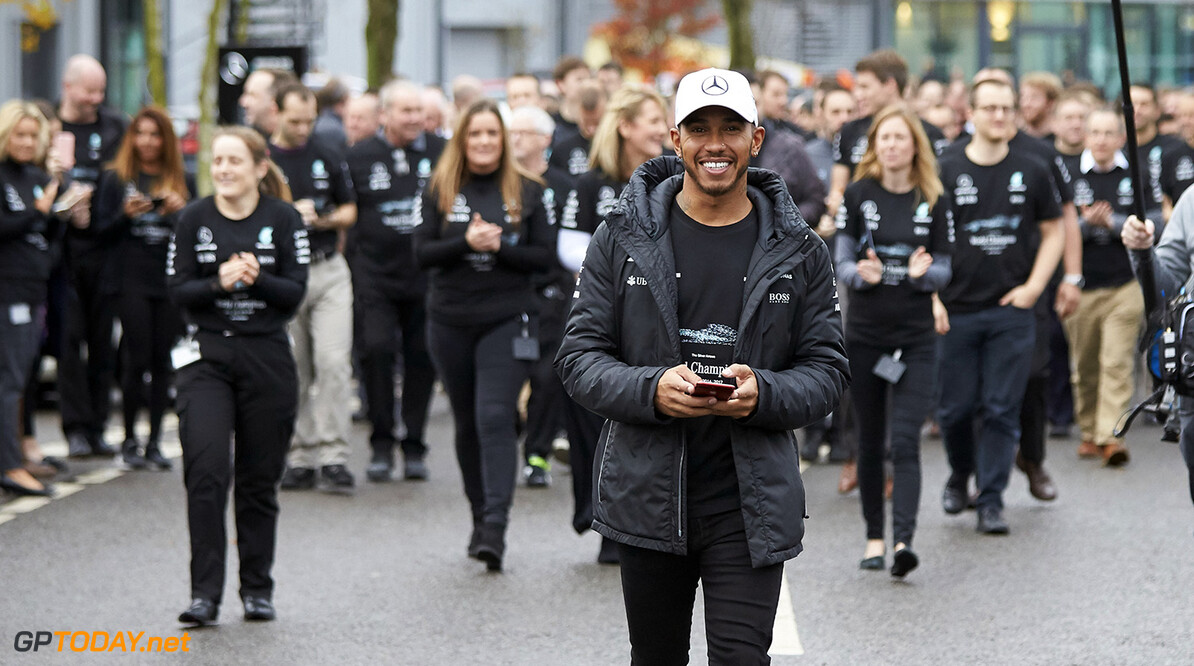 Lewis Hamilton says he is not sure if Stoffel Vandoorne can become a world champion. Hamilton won his fourth crown in 2017, but many consider Belgian Vandoorne as a potential title contender of the future.

"I cannot say that about other drivers," the Mercedes driver told the Belgian news agency Sporza. "I don't know much about him or his career, but I know he's been driving well in recent years and especially this year has been pretty good. But to say that he can be world champion? I don't have a crystal ball," Hamilton added.

When asked what advice he might give Vandoorne for the future, Hamilton answered: "He doesn't need my advice. He's already made it to formula one with Fernando Alonso as his teammate, and he's already beaten him more than once."

As for himself, Hamilton admits he is in very good form as the 2017 season ends. "Yes, I had a very strong second half of the season and I cannot perform better at the moment, but I will continue to grow with age and experience. The regulations aren't changing for a while so I will try to perform as well next year as I did in the second part of this one," Hamilton added.

Finally, Hamilton extended his race win tally to 62 late this season, meaning he might have Michael Schumacher's all-time record of 91 wins set as a target. But the Briton insisted: "It's not a goal."

"It will depend how long I'm racing, but at the moment I do not think I'll be racing long enough to improve that record. In my best years I win up to 10 races, which means that I would have to continue for at least another three years with a competitive car," Hamilton said. (GMM)