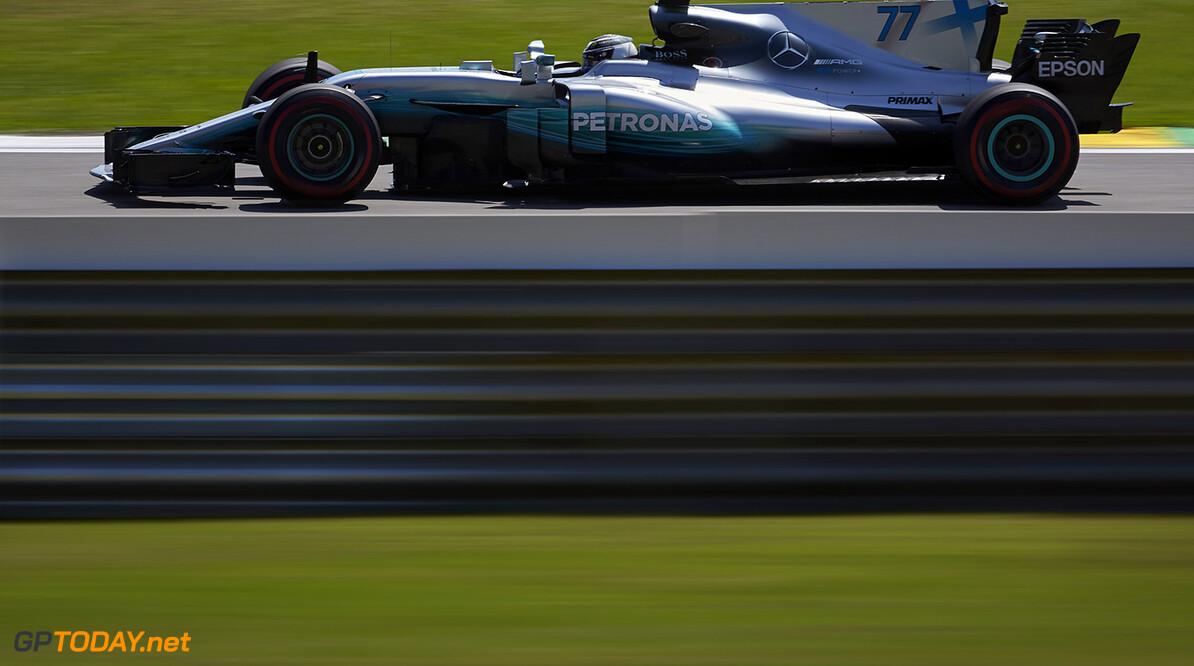 Bottas happy to deliver for Mercedes after robbery incident

Valtteri Bottas says that he told his Mercedes crew he would stick his car on pole position for the Brazilian Grand Prix to cheer them up from the traumatizing events of the previous evening. On Friday night, Mercedes' bus was robbed at gunpoint, with one crew member having a gun pointed at his head.

Luckily, no personnel were injured in the incident. On Saturday, Bottas claimed his third career pole position after setting a lap time of 1:08.322, beating both Ferrari's to pole position. He says he was happy for the team after his impressive performance.

"I spoke with them this morning and I said we were going to put it on pole position and cheer everyone up, so I’m glad we did that," he said. "First of all I’m happy everyone is in one piece and nothing physical happened to anyone but it was a pretty bad situation to be in, and I’m happy everybody is still here."

It was Bottas' first pole position since the Austrian Grand Prix earlier this year, and it marked the first time since the summer break he out-qualified teammate Lewis Hamilton (Hamilton crashed out in Q1). The Finn admits that the road to his third pole hasn't been easy.

"For sure it has been more difficult, sometimes better but that’s how it goes in racing," the 28-year-old said. "I think the performance line, for me, in the last few races has been all the way going up, I’m just feeling better and better with the car, we’ve just been working hard on the issues we’ve been having.

"We’ve been learning a lot, getting better, learning from the mistakes and the there tricky sessions. The last few weekends have been a lot better, like in the last one, in qualifying, there were just a couple of hundreds of a second between Lewis and me. It’s also been the case all weekend here, so it was a shame he wasn't in Q3, but I’m still very pleased with my performance."