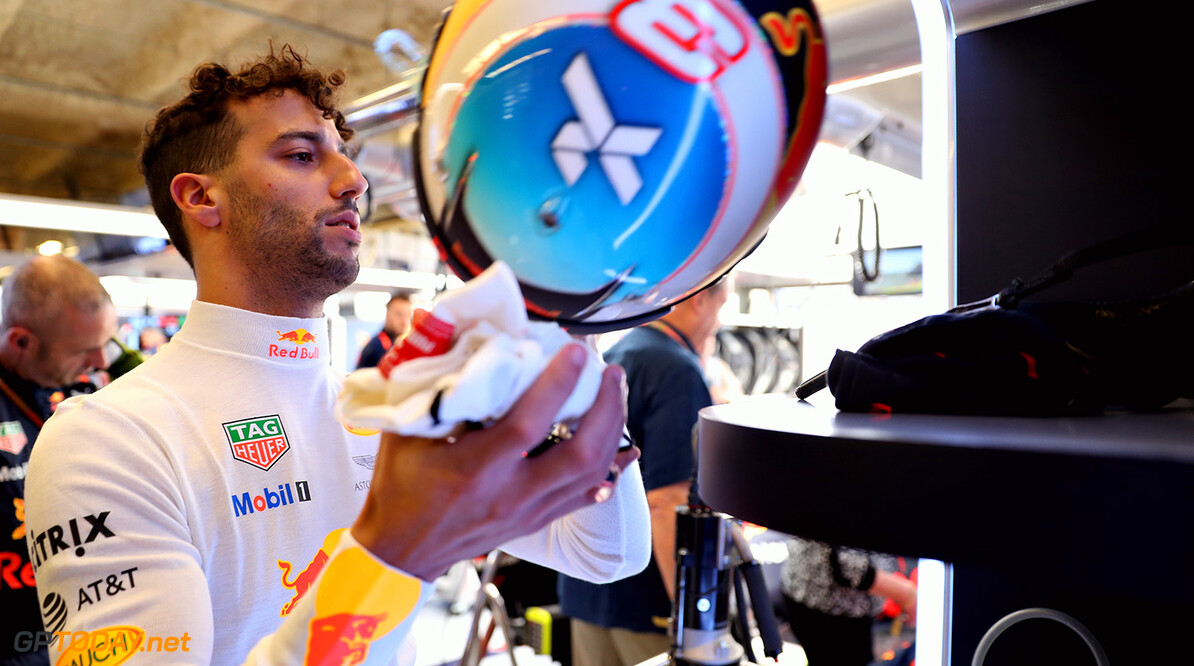 Ricciardo in no rush to decide future

Daniel Ricciardo says he is calm despite the fact F1's top three teams appear to have set their direction in terms of drivers for the future. In Austin, the Australian was surprised to learn that Red Bull has locked down F1 sensation Max Verstappen until the end of 2020.

So with Lewis Hamilton and Sebastian Vettel all set at Mercedes and Ferrari respectively, Ricciardo might be forgiven for thinking F1's best teams are not on the lookout for a 'number 1' driver. When asked about Ricciardo, Hamilton said in Mexico that he is open to sharing Mercedes with the 28-year-old.

Ferrari's Vettel, who was Ricciardo's former Red Bull teammate, agreed: "Yeah, I don't mind. I like Daniel. Obviously for next year things are sorted, and then things can change quick. If you're not prepared to race whoever it is, then what is the point of racing?"

But Red Bull has made clear it wants Ricciardo to stay beyond his 2018 contract, and his current teammate Verstappen is also happy with the current situation: "That would be good, because the relationship is really good," said the Dutchman.

Ricciardo, however, said he is not in a rush to decide, amid rumours one option could be McLaren: "Max is off the market now, which is certainly not a disadvantage for me," he said. "So I don't have to pull the trigger straight away. I can wait for the start of next season to get a picture of where Red Bull and the other teams are," added Ricciardo.

"I recall when Lewis left McLaren everyone thought it was a mistake and it turned out to be right, so sometimes you have to think a couple of steps ahead."