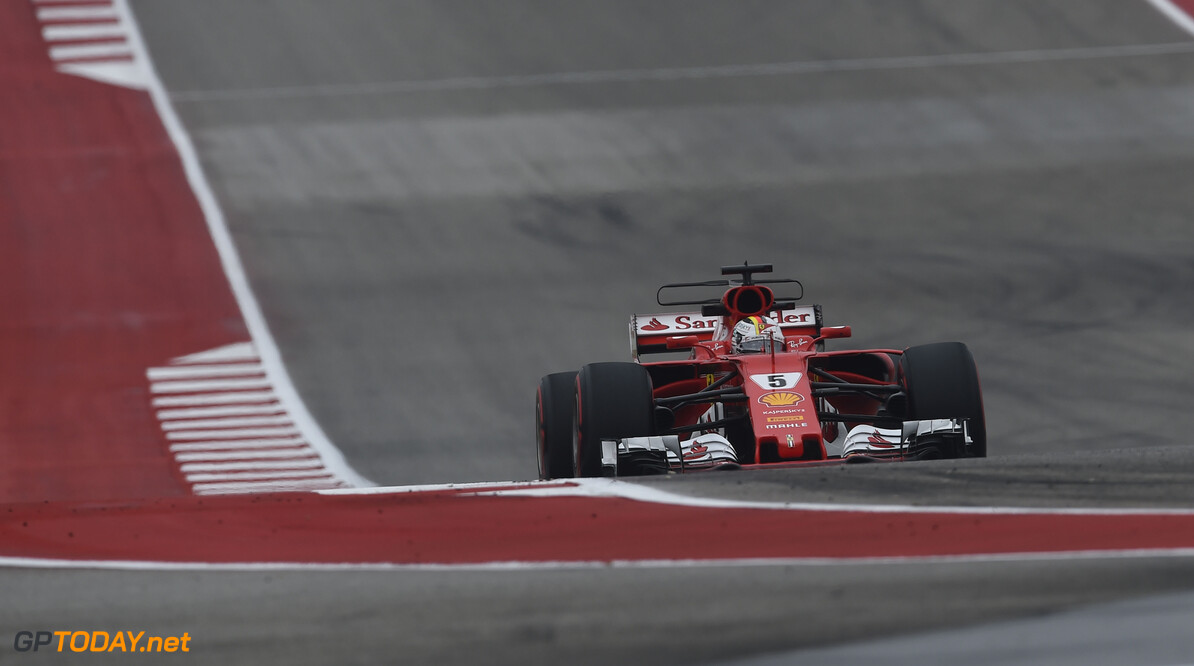 Vettel: "No real secret that Mercedes was faster"

Sebastian Vettel says that it was no real secret that Mercedes was faster than Ferrari at the United States Grand Prix. Vettel took the lead of the race off the line but found himself being overtaken by his title rival on lap 6 into Turn 12.

Hamilton pulled out a gap of around five seconds before the pair made their pitstops. Vettel stopped three laps before the Brit and the gap has closed significantly as Hamilton emerged from the pitlane. However, the three-time world champion was able to build his back up once again.

Speaking after the race, Vettel said that is was obvious very quickly that Ferrari couldn't match Mercedes: "At the start it was looking good, I got past Lewis but then fairly quickly realised we couldn't go at his pace today so obviously congrats to him.

"But then we were a bit in no man's land. Obviously it was close after the first stop again but then stuck again and obviously towards the end we decided to pit again, to get a fresh set of tyres which yeah, was a bit more exciting the last couple of laps. Overall, not the result that we wanted.

"There was no real secret other than they were quicker than us so I think we have to admit that today in the race we couldn't go their pace. I don't think it's down to strategy, whoever is fastest usually has a good chance of winning," he concluded.