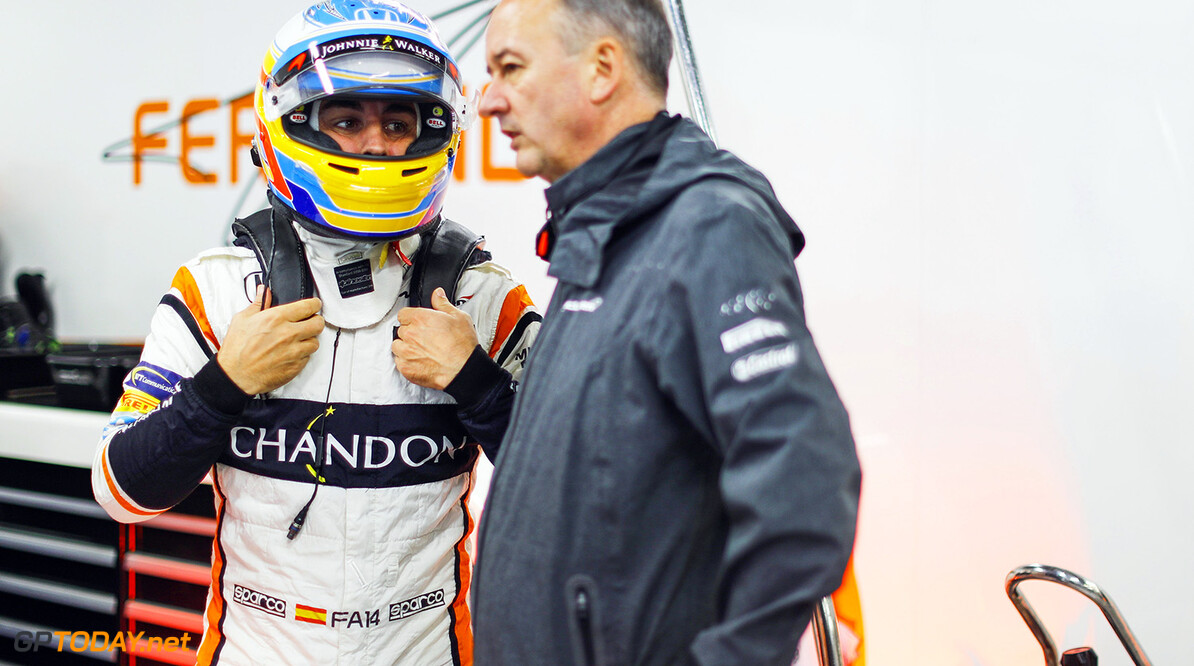 Hasegawa: "Alonso had every right to criticize Honda"

Yusuke Hasegawa admits some of his colleagues at Honda did not appreciate Fernando Alonso's forthright criticism. After three uncompetitive and unreliable years, the McLaren-Honda partnership will be disbanded after next month's 2017 finale in Abu Dhabi.

Honda F1 boss Hasegawa admits it was three years of high pressure, with Spaniard Alonso applying some of that pressure himself: "Alonso always came to put pressure on me," the Japanese told El Confidencial newspaper. "If the car was bad, he had no qualms about telling me he was not happy. But he is a good person and he probably felt very bad about having to scold me. But he had to, because he wanted everything to be right.

Hasegawa denied paddock claims that Alonso is "too political" a driver: "No, not at all. Alonso criticised us because he was not satisfied, as he had every right. There are people at Honda who were not happy with Alonso's attitude, but for me it was not a problem.

"I am personally very disappointed that I did not give him a good engine, but here in F1 it is difficult for everyone to be happy. Because he was not happy, it is very difficult to establish a good working relationship," Hasegawa added. "But of course it was not personal.

"Alonso did his job, as he was a good professional. But drivers are very emotional guys and you have to understand when they behave like that. If he had the best car, would he be happy? Yes, and that is why we cannot complain."

Honda is now moving to the Red Bull junior team Toro Rosso, and both sides are confident 2018 will mark the beginning of a more successful time: "Honda's expectations were so, so high," Hasegawa said of the McLaren-Honda partnership.

"That was our big mistake. We were too ambitious, and actually we were not ready in 2015. But Honda's identity is to always fight, never give up, and if it was different we would leave F1," he said.