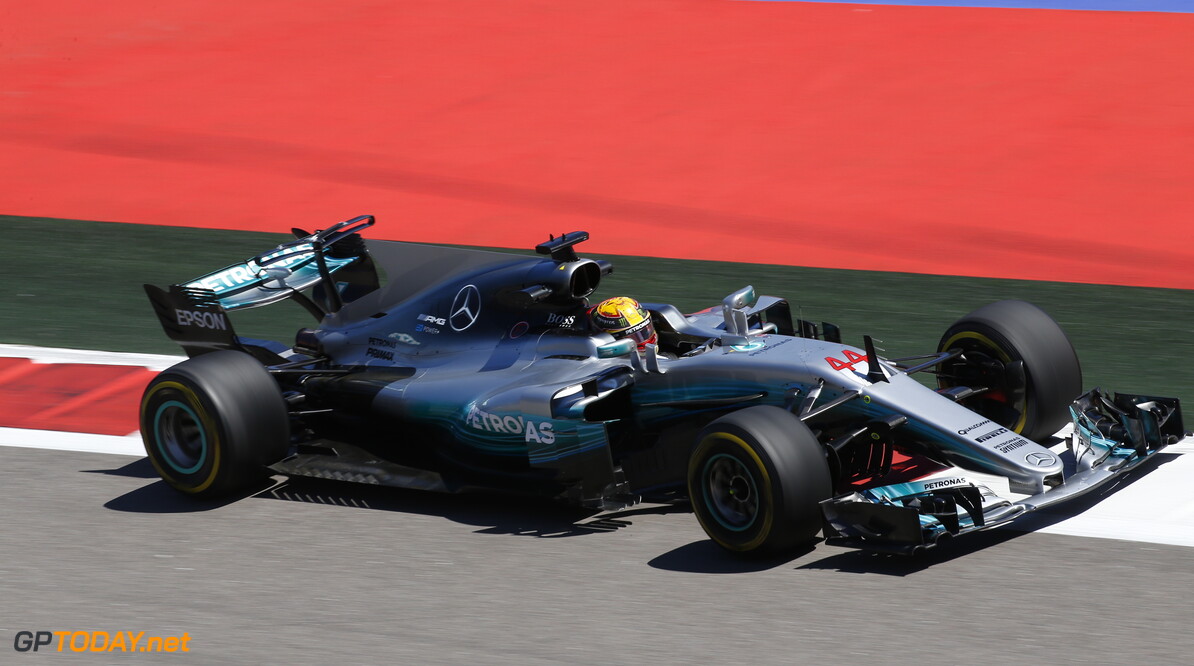 Lewis Hamilton was left feeling satisfied after Friday practice as the Brit ended both sessions on top. His lead after the first session was small, and despite the tiny margin following over to the practice two results, his time in comparison to his teammate increased.

The Silver Arrows are running with a revised W08 this weekend, as all teams are suspected of arriving with major new parts. Indeed, Mercedes appear to have the edge over their rivals, but it is far too early to tell yet.

"First practice was very, very good," said Hamilton. "In second practice, the track changed and shifted quite a lot, so it was slippery and quite a lot slower for everyone, especially with the gusts of wind.

"It was massively challenging, but still fun nonetheless. The team has done an amazing job with the upgrades and the car is working just as we expected. It's been a much better start to the weekend for me than in Sochi, so I'm very happy. We've just got to keep our heads down and keep working, we want to be number one."

Hamilton's teammate Valtteri Bottas backed up the Brit's comments, stating that the team have brought successful upgrades Spain in a bid to return to dominating fashion.

"Today was an important one for us with the new upgrade package on the car," he said. "Our target was to evaluate if the new upgrades are working well and it seems like they are. It's way too early to tell exactly where we are, but everything seems to be working well so far.

"It's always nice to start the weekend in a positive way, but the main days are Saturday and Sunday. As always, we will work hard to find any performance. I hope we can squeeze some more performance out of the package."