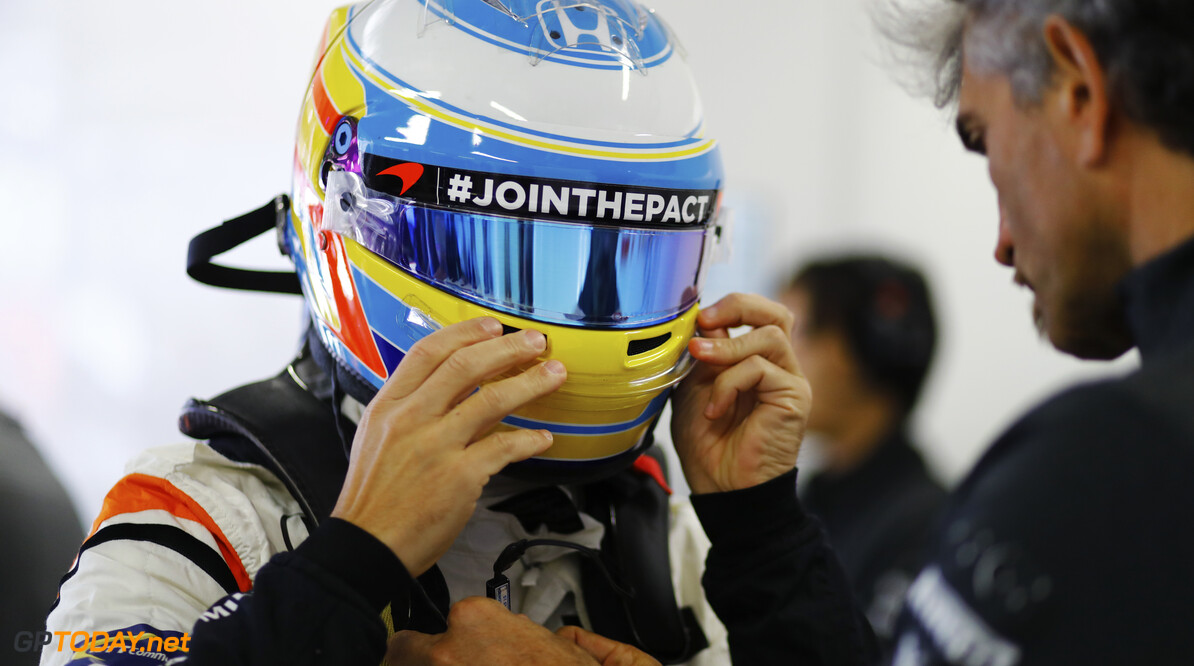 Honda has confirmed that an oil leak was responsible for Fernando Alonso's early exit from free practice one in Spain. The local hero got his weekend off to a torrid start as he climbed out of his car trackside only minutes into the session.

Fluid was seen pouring from beneath the car and while it looked immediately like an oil issue, Honda confirmed the damage: "It was an oil leak on Fernando's car," a Honda spokesperson confirmed.

"The issue is under investigation. In the interest of time, we are changing the power unit. He will be back out on track during FP2. ESS [Energy Store] and CE [Control Electronics] will remain unchanged."

Alonso has so far had a miserable time in 2017 and has failed to see the chequered flag in the opening four rounds so far. While the culprits have been obvious, Alonso, as ever, didn't hold back when asked what went wrong.

"It's a question for Honda not for me. The engine blew up after one corner. It's the way it is, we miss the first session. I'm sorry for the fans. Hopefully the second session can be better and we recover this time."

"It's tough but it's tougher for McLaren, who bring updates trying to find a millisecond here and there and we cannot even run," added Alonso. "Hopefully we find a solution and can run in P2."