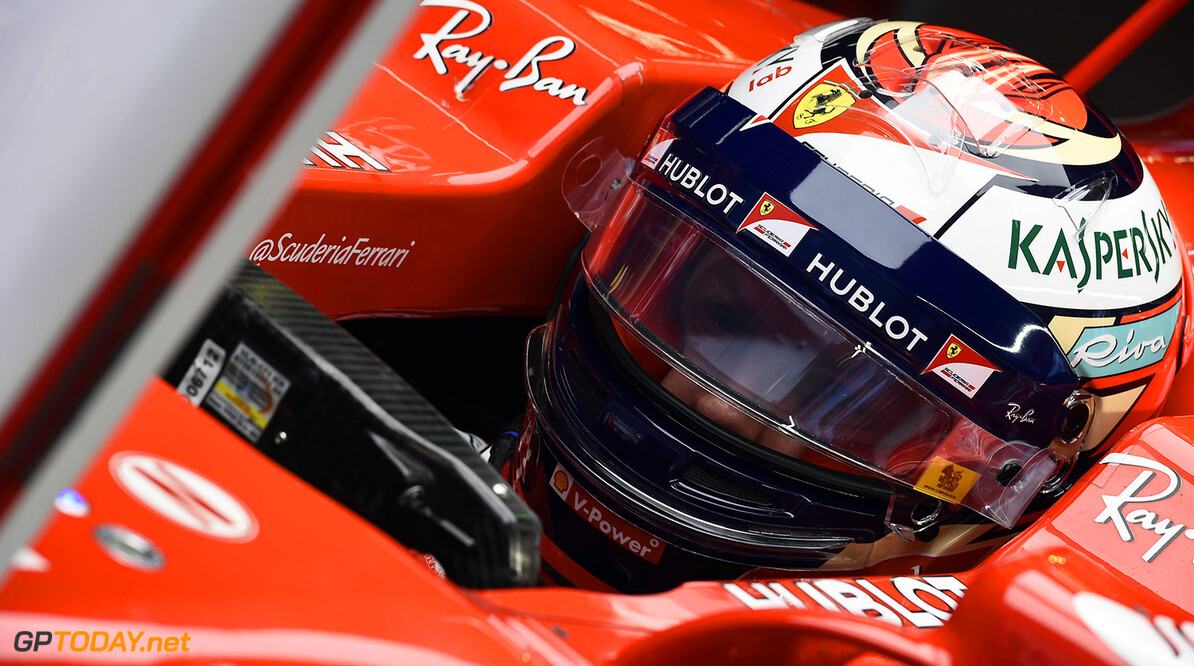 Raikkonen feels pole position was within his grasp

Kimi Raikkonen believes that he could be sitting on pole position for tomorrow's Grand Prix, as he watched teammate Sebastian Vettel take Ferrari's first pole position since the night of the Singapore qualifying session in 2015.

Raikkonen had the provisional fastest time and looked set for his first pole in nine years. He was up on his previous best time before a slide out of the last corner meant he lost all the effort and couldn't improve.

"Obviously the aim is to be on the front," said Räikkönen. "The feeling has been a lot better this weekend, we just got some traffic on the out lap on the last set and couldn't really make the tyres work as well as the first run.

The Finn kept his cool cap on when describing what Ferrari's first front row since France 2008 felt like (that being Raikkonen's last pole), describing it as "not bad".

"It was a bit more tricky, I was there or thereabouts, I just tried to get it back in the last corner but obviously it didn't pay off. I'm happier than in previous qualifying [sessions] but obviously, I think we had all the tools to be in the front today, but a 1-2 for the team is not bad."