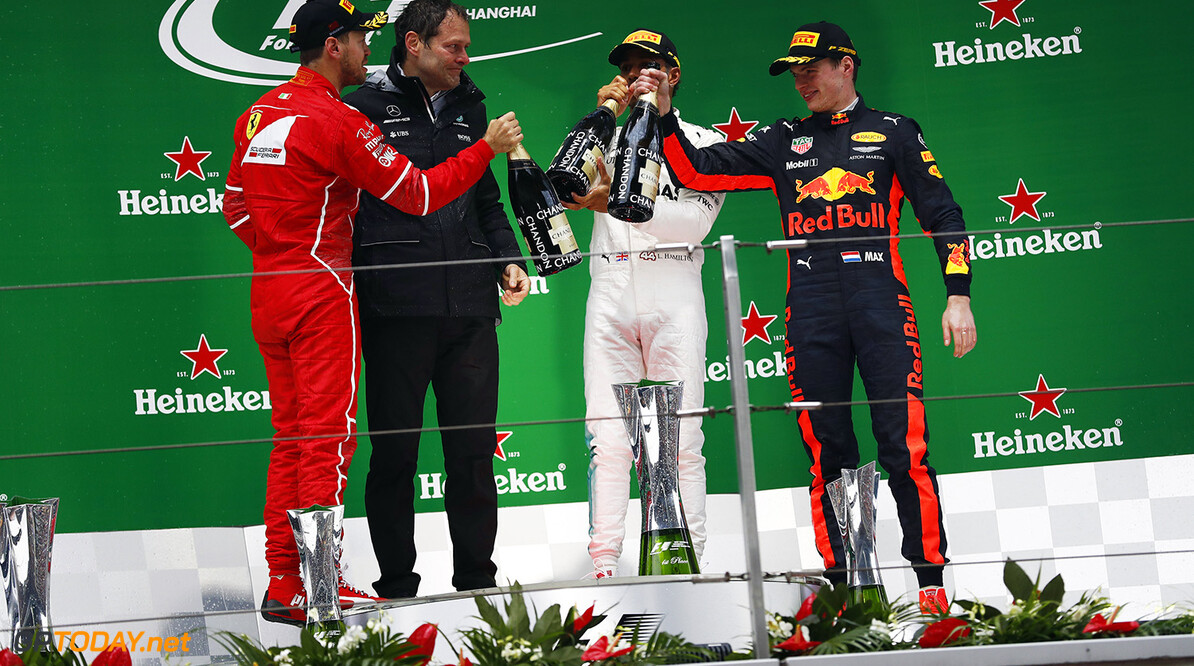 Three races into the season, it is now clear that the world of F1 has a real championship battle on its hands. Ferrari's Sebastian Vettel beat the two Mercedes in Bahrain, reassuring president Sergio Marchionne that the Italian team's resurgence really is true.

"We are now completely confident that our victory in Melbourne wasn't just a one-off," he said.

Indeed, Mercedes' Toto Wolff thinks the silver and red cars are closely matched for ultimate pace: "I think we are about equal," he said. "Perhaps over one lap we have a slight advantage, but the Ferrari works a little better with the tyres."

Still, team chairman Niki Lauda thinks Mercedes could have won on Sunday: "There were several factors that prevented us from doing more," he said. "We had a problem in the pitstop, Lewis had the five-second penalty, and Valtteri had too much pressure in his tyres.

"But there is no discussion -- Vettel was the best and Ferrari had the best strategy. We seem to have a really exciting world championship," Lauda added.

And not just that: it seems Red Bull is pushing to make it a three-team battle in 2017 as well.

"I don't know what happened to them but I was expecting them to be faster in the race," said Vettel. "It's great that, unlike the last few years, there is now a fight for victory."

And that sentiment is echoed up and down the paddock -- even by Fernando Alonso, who left Ferrari a few years ago to join troubled McLaren-Honda.

"We are all happy to see Ferrari win," the Spaniard is quoted by Italy's Mediaset. "Mercedes was too used to winning so it's good news to see them (Ferrari) ahead now."